Back in Form 5, I was with this group of friends. I thought they were cool. Well they were, in a certain way and we used to do so many shits in so many ways. They opened my eyes. But they were not good company.

But I’m not blogging about the no good company part.

I was watching this Youtube video, I’ll Be In The Sky by B.O.B. You guys should check him out. Although I hate rap, but I think this guy is good. He doesn’t rap about women and sex and money. The song talks about himself and how he made his way and became a rap artist.

And that’s when I remembered the time when Reuben came up with the most dumbest idea of all in 2003.

We were in the library studying for SPM (it was 3 weeks left to go) and he comes in to our table and says, “I think we’ll flunk this exam”

We stared at him. He looked at us and continued, “We won’t make it”

Well thanks for the heads up boy genius and thanks for being supportive. “How sure are you?” I asked.

“Look at us. We’re studying last minute!” I disagreed and said, “But 3 weeks is still time and we have time!”

I hated both the ideas and I didn’t want to say no because Reuben was the so called gang leader (he was the most dominant) and if you said no, well, I would have been left with only 3 teeth hanging and a fracture in the skull.

So I had no choice but to choose one of the options given. I kind of liked the air stewardess one and I was praying that the rest of the “gang” agreed on that too.

I thanked my lucky stars when all the four of us blurted out and said, “Air stewardess”

Reuben looked at us and then said, “Think again..”

When Reuben says “Think again” He doesn’t really want you to think. He’s not being nice and understanding and giving you a chance to choose your options. It’s his way of telling you that he wants things done his way.

Saravanan said, “Forming a band would be good”

“Great! Awesome! I knew you guys would agree on it” And everyone pretended to be excited except me.

“But guys, I can’t play a guitar for nuts sake. I can’t even play the cymbals and you wanna form a band??”

Reuben bent over to me and said, “You know The Beatles?”

“They couldn’t play music for shit. What Jimi Hendrix did was, he bought a guitar, a drum set, a shuffling box and they learned and practiced and walla! They became famous!”

I was convinced. But 4 years later, I would Google and find out that:

a) Jimi Hendrix was NOT part of The Beatles.

b) The members of The Beatles knew how to play their respective instruments well even before meeting each other.

c) And the shuffling box was not invented yet in the 60’s.

The next day, all 5 of us set out to the town after school, going and coming out from each music store asking for the cheapest “band sets”. When I think about that time, I feel like laughing my shit out. “Band sets”! What a bunch of douche bags!

We entered a shop and Reuben struck a deal and it was confirmed we were going to get the “band set”. Now that’s where I was confused and a little curious.

“Don’t worry, we’ll cross the bridge when we get there” Reuben replied.

There was silence and I still had my doubts.

“Bro, so what position do we play now that we’re getting the instruments?”

Everyone looked at Reuben. He scratched his hairy chin and said, “Hmm I can’t say much but what I can confirm so far is that I’ll be the lead vocalist.”

“So what are we gonna sing about?” I asked.

“Teachers?” I asked, making sure.

What was he on? He wants to sing about teachers. “But why teachers?” I pondered.

There was silence and I broke it, “But I think the teachers in St. Paul’s are pretty helpful. I mean…”

“You’re being a hypocrite! Shut the fuck up specky! We’re gonna rap about teachers and that’s it. Fuck you!” Reuben shouted.

The “band” boycotted me for a day for asking a stupid and irrelevant question (as Reuben puts it). But they approached me the day after that.

“Look, I’m sorry for being rough and tough. But we need you back. You’re the only one amongst us who scores an A for English all the time. So we need you to be our lyricist” Reuben came first with the rest of the members tagging behind him like loose tissue papers stuck in your ass when you’re leaving the toilet in a hurry.

“Sure no problem but I don’t think rapping about our teachers is a good idea. I owe them a lot” I explained.

“Okay, I’m sorry. Let’s rap about something else then”

“Yeah that’ll be good. What do you have in mind?” I asked. In my head, I was determined to help. I mean, shit, you’ll never know. We might become famous. After all, I’m the lyricist.

“I wanna rap a song about how fucked up life can be” Reuben said and did that hip hop signature move thing that most hip hop artist do with their hands. They think it’s cool. I think it’s a form of bodily disorder.

“Hey! Shut the fuck up! I’m the boss, you write and make sure in the lyrics you add all those F words. They’ll be the strong points for our songs.”

I preferred using other words that proved as making a point rather than the F word because honestly, no matter how vulgar I can get, I just don’t enjoy a song if it has an F word in it. Unless if, I’m having sex or in a party enjoying myself. Why not? But a song, a good song, never has any trace of bad word in it.

That’s why Jimi Hendrix, The Rolling Stones, Johny Cash and The Beatles are still legends.

I wrote a few lyrics but most of my songs were about heartbreak and losing someone you love. You know, the lovey dovey depressing emo shit. They were so sick of it that at one point, Reuben decided to make his own lyric for his song.

It was a week before the SPM examination and he was with Dinesh at his place trying to study. They decided to hit some beers and decided to write their lyrics there and then.

They came up with a song titled, “What to sing?”

How fucking lame can that get?? I’m still laughing my ass off as I’m typing this. It’s so freaking funny because I can still picture his sleep deprived face, holding the lyrics in his hands and waving them at me during the morning assembly. “Our first lyrics!” He was might pleased with himself.

“We will video tape our songs”

“That’s cool! We need a good camera crew and depict us looking cool” I said.

“Nahh, I was thinking of putting powder on our faces and looking hostile. Holding guns and knives. You know like in those gangsta rap videos. It scares the shit out of people but it also has the element of coolness in it”

“That’s not cool man. That’s being fucked up. We should be in cars, and holding guitars and playing the piano. Maybe keep our hairs long for added effect.”

“Shut the fuck up! I’m in charge here, Spielberg!”

Exams began and I slowly distanced myself further and we never really formed a band. Heck we haven’t even met after the exams. But that idea of forming a band will always be in my head.

I mean, come on, who doesn’t want to be a rock star? 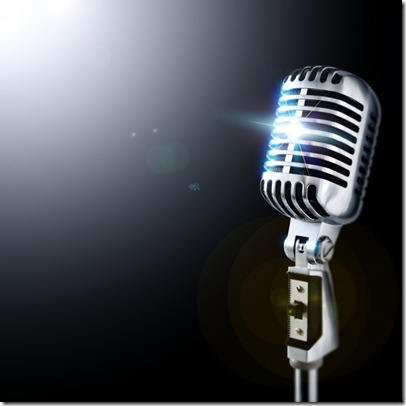