“How did you know what you really want to become and when?”

I get this question a lot from close friends and also once in a while from strangers. The truth is, I still haven’t found an answer to that yet. It’s a very subjective question if you ask me. However, I do know what I enjoy doing; writing, film-making, reading, performing arts and music. But you see, when one asks me a question such as that, the response they’re looking for is actually what have I finally decided on doing. To be honest, I’ve decided on doing everything if I have the time and opportunity to do it.

Back in 2012, when I was to select which course I was to major in, I was in dilemma. I was at my wits end not because I did not know what I wanted to do, but because I did not know what I shouldn’t do. There were three choices for a mass communication student like me. They were either pursuing a major in public relations (something I hate, although I enjoy talking to people), film-making and journalism. I enjoy both writing and film-making. Which one should I sacrifice?

I finally chose to do journalism simply because I realised that that was the only thing that was practical enough to pursue. The film industry here is still in its infant stage and since I enjoy writing, I thought I might as well pursue journalism to earn some money and at the same time improve my writing skills.

But what I didn’t realise back then was that to be a journalist, one has to be alert, resourceful, independent and be able to think out of the box at all times and be ready to be posted anywhere and everywhere in the country or even the world.

I used to enjoy the idea of a mundane 9 to 5 job simply because I would be able to have a weekend off. When I got accepted in the New Straits Times, I was told that my off days were random. In other words, I’ll be working on days people are on leave and having a break when people are working. I could hear my mind screaming, “Ahh crap!”

That first month was a real depressing period. Not only whatever I learnt in my Uni days were nothing like what I experienced and learnt in the real world, but the fact that at times I had to work extra hours, come home at midnight and go on days without leave.

But towards the second month or so, I started to enjoy the thrill of covering something new and experiencing something unusual. I started to like the randomness and unexpectedness. There is always something taking place that would make your mind go, “Dafuq??!”

And being a journalist, it is akin to a traveller, adventurer and soldier at the same time. Everyday is a new struggle. A new experience. A new phase. I started loving it. I started to love the twist and turns of events. Being a journalist, is not like a desk job where once you clock in, you know what you’re going to be doing. No. There’s always something new.

And I fell in love head over heals with journalism. I enjoy that moment where when you clock in, the day appears normal and dry but then all of a sudden, you receive a text message or a phone call about something unusual that took place. Floods, crime, politics, sports, you name it, something new and exciting takes place every day.

I love that thrill of trying to pursue a source to obtain information that others don’t know of. I love that exciting moment when you’re covering a football game when a team wins unexpectedly. That exhilarating moment when a political figure announces something controversial or condemns another person. As sadistic as it sounds, I enjoy covering a crime scene where the fire and rescue department along with the police rush to the scene of crime to rescue victims and detain suspects. I love it simply because, here you are, an individual out of the 7 billion people living on earth, experiencing history in the making first hand. Can you see how important and amazing the job is?

Sure I do get flak once in a while and also compliments, but that is besides the point. I love the sense of adventure when you’re rushing to interview a woman who got hit by a hammer by her ex-boyfriend after being able to contact her through a source. That amazing and heart breaking moment when you’re the first to break the news on the landing of the first troops who died during a skirmish in Lahad Datu. That exciting and tantalizing moment of witnessing two youthful political juggernauts battling it out during the 13th general elections and writing about the reaction of the winner and loser. You’re writing history. And people are reading it.

The best part is, after all the blood (rarely but yes), sweat (all the time), and rushing in the sweltering heat and jostling among reporters to interview a public figure and making phone calls, you finally see your byline in thick bold fonts with your story at the bottom along with a nice crisp color photo (courtesy of your sidekick, the photographer) of the person or object you wrote about. That moment where you smile to yourself, heave a huge sigh of relief and be at awe at the fact that what you have written, would be a conversation starter and talking point among many.

To top it all off, that rare moment when you’re on your way to work in the LRT in the morning when you chance upon someone reading the paper and when you peer over, you realise that person is reading the very same article which you wrote with so much of effort, pain and struggle the day before. That brief moment of satisfaction; that is journalism my friend.

Which brings me to the reason why I wrote this post.

It’s totally okay in not knowing what you want to be or do. Society has programmed us in such a way where we HAVE to know what we want to be. The truth is, just be yourself and enjoy the flow. Because when you do that, there would be less room for you to complain about things and how things work.

Life is a ride man, full of twists and turns. There are scary parts of the ride and some real awesome parts too. The point is, when the ride is over and when you have the option to do it all over again, the answer should be loud resounding, “Hell yeah! Let’s ride again!”

And when that happens, you my friend, have become what you have always wanted to be; being yourself. 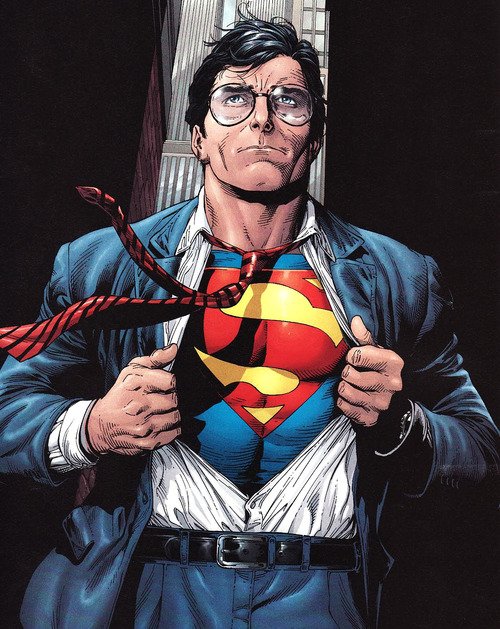 Reporters are like Superman; strong, brave and misunderstood
(Image courtesy of http://funnyordie.tumblr.com)