Updates and nothing but updates!

Last week I had the pleasure of taking my cousins who came down from UK for a little bit of sight seeing in Seremban (and the outskirts of it). It was a fun filled road trip.

Showed them around the museum (don’t go there, it’s boring!) and then took them to the Temple of the Seven Sisters (Kanni Kuil). That was an excellent experience but I really felt so bad for them for making them climb the steep hill to reach the temple.

The temple’s situated on top of this hill which overlooks the whole of Seremban.

I was also a little nervous as I explained the various symbolisms associated with the temple (the Shiva Linga etc). I was amused when I observed their reactions the moment I told them that Shiva is usually associated with Death. They looked at me and said, “Owhh my!”

“Owhh yes. But not to worry, death is a beautiful thing” I mused. But then I corrected myself and told them I was joking and went on to further explain the true symbolism of Shiva, the God of Destruction.

We then hiked to the other end of the hill which was approximately a good 15 minutes walk. Had a good chat with them and lots of experience sharing.

At the other end of the hill (the highest point infact), we sat at the benches near the temple and I related to them as to how I came into the Sai movement. It was a great experience.

Later in the afternoon, we hired a cab to drive us to Istana Seri Menanti and they were so excited thinking that they would be able to see the king. But I however doused their burning fire of enthusiasm. “Just like your Queen, in order to see our King, you have to set an appointment first. And that to matters pertaining to the state”

I have to admit one thing though, unlike the other cousins I have (no offense to the rest) for their age (one’s 30 something and the other is 40 something) they’re one of the most happening bunch of people I’ve ever met!

We were not supposed to take pictures IN the palace, but we took without anyone noticing. But yes, ofcourse, Negeri Sembilan is becoming a modern and well developed state as well. They installed CCTV cameras in the palace as well, so we were warned not to take photos again.

Which we did 15 minutes later at the rooftops. We took 5 or 6 nice photos (they forgot to install CCTV cameras there. Gotcha!)

One thing amazing about the Seri Menanti palace is that it’s built without the use of METAL nails. But yes, they did use wooden nails.

But my cousin sister pointed out to me at one point when we were at the rooftop, she pointed to a metal nail sticking out from the window pane, “Look! So they DID use a metal nail after all”

I observed the nail and then explained to them, “Unlike in UK, we use curtains to decorate our window panes. So this metal nail here is for the curtain”

“But they can always use a wooden one!”

We then stopped at the Ulu Bendul waterfalls and I was hoping that we would take a dip in the waters. They brushed my suggestion away telling me that the water was unclean. So they decided to take a few photos of themselves (and me ofcourse).

Wonderful! Posing runs in our family.

The weekend was excellent and inspiring as I attended the Zonal Youth Conference. Apart from helping out Suresh Banana (with the video recording) and Raagan with the set up of the stage I also spent most of my time catching up with loads of people that I’ve never met for a long time.

It was a good experience.

Tuesday was my first house bhajans. Decided to have one after discussing a week before with mother. I had bought this beautiful photo of Swami from Parthi (fell in love with it the moment I saw it). I knew this photo is a must to be placed at the hall. I framed it and sent it to the Temiang Murugan temple in order for it to be blessed.

I only took it from the temple 5 days later after I came back from the Zonal Youth Conference. And on Tuesday we had the bhajans. I’m exteremely thankful and grateful that Bala and Sangkaran and the members of the Sai family attended it and blessed my home.

It was a blissful bhajan session no doubt.

As for my education, I’ve decided to enrol in UCSI. I’m sure Vashina’s going to be exteremely happy with this news. I like the campus environment and the people there and plus travelling would be cost saving and easier (just a mere train ride and a free shuttle bus service and you’re there already).

And ladies and getlemen, I’ve also finally asked the girl I like out 🙂 She said MAYBE next week so I’m just keeping my fingers crossed.

All in all, I’m now so tied up with the upcoming Walk For Values which would be held in Melaka. Please do attend it if you’re free. We need as many volunteers we can.

Time to bury myself in God’s work. Time for society 🙂 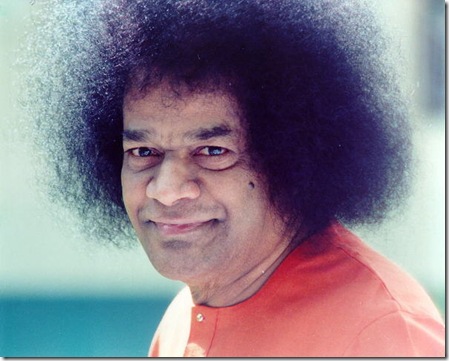 The photo that I brought from Parthi which would be hung on the wall of our home soon.