The snowy mountains loomed ahead as the traveller slowly made his way to the peak, slowly but surely. Looking obviously tired, he only takes short breaks to quench his thirst or have a light snack, taking a few minutes of nap during each interval.

He walked on ahead, camping at the base of the blue mountains, waiting for dawn to approach. And when dawn did approach, he slowly climbed the mountain, his hands bloody due to the result of climbing the rocks. But he didn’t care. Masochistic. That’s the word they used to define him. But that was incorrect. Infact, he never found pleasure in inflicting pain at himself. But, somewhere along his life, he started to realise that life was indeed all about suffering. And the least one could do was get accustomed to it. And, I suppose, he never found pleasure in pain. But he found that pain was the closest emotion or feeling that he could really relate to. And so, he derived solace in it.

And that, defined him.

He finally reached the peak after three days of climbing, his back hurt, his hand bled and his legs ached. But that didn’t stop him. He made his way further to a rock where a lone bearded man sat. The man was in deep meditation when the traveller approached him.

His eyes opened as the traveller sat next to him. The bearded man observed him as he lit his cigarette.

“Yes, very. What are you doing here?”

The bearded man was puzzled. “You climbed all the way up here to take a smoke?”

The old man observed the traveler who continued smoking, clearly enjoying his cigarette. “Only crazy people would climb all the way up here just to smoke and enjoy the view.”

“Then why are you up here?” the traveller asked.

“To meditate. To search for God,”

He laughed at the reply of the old man. “I’m sorry sir, if that’s the case, I think you’re as crazy as me too. You won’t find God here,”

The traveller, sat by himself at the rock, over looking the valleys below him, the wind blowing in his face, lit another cigarette and said to himself, “Beautiful view..” 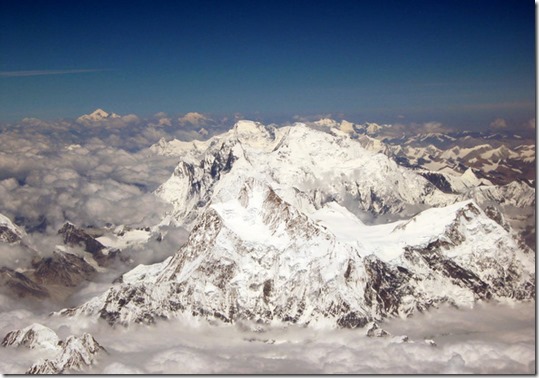