The idea behind the Rememberall was a noble one. The seemingly simple and yet complex device was discovered and invented by an Austrian physicist who in 2167, assisted the Tibetan monks in confirming the identity of the 16th Dalai Lama.

Joseph Vitziger got the idea when he was in a 10 year sojourn in the secluded mountains in Tibet when a group of Buddhist Monks visited a family of four in a house adjacent to his. They brought various paraphernalia of the previous Dalai Lama. The child, barely four, picked out the correct paraphernalia which included a walking stick, a novel, a mug, and a bell. All four items which belonged to the 15th Dalai Lama, Rangpo Yetsin. Feeling really curious, and at the same time sceptical, he discovered that the Tibetans believed in reincarnation and past births.

But, being a scientist, this piqued his curiosity and after various experiences and experiments, he realised reincarnation was not a myth. Rather a mystery, or in his definition, a mathematical code waiting to be solved.

Working for nearly 20 years, he finally created a device which he claimed could determine and show the past lives of people. He tried it on the 16th Dalai Lama, despite hesitation from the monk order. On 2187, the Rememberall came to existence among the members of the public when Kadampa Mangyal, the 16th Dalai Lama, was proven to be Rangpo Yetsin in his previous birth. In fact  what was even more astounding was the fact that Kadampa had been born 16 times as the Dalai Lama and he could recall every memory, thanks to the Rememberall.

Many nations slammed the device, claiming it was fake and unethical. On Sept 4, 2183, Joseph conducted an experiment on a 3 year old piano protege before a live audience in a science expo and silenced his critics. The child, as it turned out, was none other than Wolfgang Amadeus Mozart in his previous birth. The Rememberall became known worldwide. Of course  revelations about the machine was in constant heated debate. But it had also got quit a following after it had revealed a man living in poverty in Somalia was Adolph Hitler in his past births and an Asian woman in New Zealand, a country which was constantly applauded for practising zero racism, was Martin Luther King Jr in her previous birth.

The machine, discovered many known historical figures living in the current times. However, it started to see its purpose when on April 3, 2184, Jennifer Conan, a 45 year old single woman, finally found the reason behind her single-hood after learning that her lost soul mate, whom she had lost to cancer in her previous birth, was promised by her that she would marry him again.

It took the woman two years to discover her lost soul mate in Japan where they got married and lived happily.

This was where, the Rememberall became famous. Knowing the prospect of serving mankind positively, Joseph had managed to make adjustments to the device, which now not only could show and reveal the past lives of an individual, but also pin point the exact location of where their loved ones are in this present life.

By 2195, the fame of the device had been spread far and wide, with many approaching Joseph, offering him millions for his services. Some came to seek answers, others came out of curiosity. And of course  there were the sceptical ones. The device, a small square black box which had blinking lights all over it, and could be used simply by plugging its cables to the head, revealed everyone’s answers.

Joseph however provided the services for free.

It was a device that gave men hope. It was as though, by placing the complex apparatus of the machine on one’s head, the individual was transformed. He or she becomes more aware, more in touch with their self and discovers of their purposes and hidden talents. Indirectly, the device had gave birth to the idea of immortality. Many seek it to remain immortal.

This led to many giant corporations coming personally to Joseph to buy the blueprint for the device. The old scientist, who was 84 by then, knew that if the device fell in the wrong hands, would prove futile for its true real objective; to better people’s lives. He kept the blueprint hidden.

However, in 2197, a group of misfits broke into his house one night, took off with his blue print to which they sold to the black market. Since then, many black market versions of the Rememberall was made. However, they were flawed and never near perfect as the one and only true Rememberall, which was kept in a location only Joseph knew.

Joseph died a week after. What was interesting was that, despite many urging him, Joseph never once tried the machine on himself. The Rememberall, was passed on to his grandson, Joseph Vitziger III, or affectionately known by family members and the media as Three. Three was given Joseph’s will, in which he revealed the location of the device.

Three, who was 35 at that time, had tried the machine when he was 21, when it was revealed that he was an average man in all his previous births. Filled with greed and the prospect of being able to use the device to his advantage and change his life this time, he sold it to a Chinese government linked corporation for millions.

The US government, knowing the dangers of a rival nation possessing such an equipment, conducted a special operation to retrieve it. The operation was overseen by the US President, Donald Humphrey himself. What was interesting was this, Donald, who had tried the device a few years ago, was proven to be President Richard Nixon in his previous birth. Knowing the dire consequences of this, he made Joseph promise never to tell anyone.

And Joseph promised. When he had made the machine, he had vowed not to reveal anyone’s past life identity. In fact  he couldn’t remember everyone’s so it was pointless for him anyway. The brilliant simpleton took everyone’s past life secrets with him to the grave.

Five years after his death, a war broke out. China learning that the US now possessed the Rememberall, decided to reclaim it. This led to World War III which went on for 14 years.

In it, the Rememberall saw itself being transferred to various hands. For a certain time period, it was hidden and locked in secret by the US’s ally Britain. And then by France and for a short period of time by India. By then, the whole world was at war.

The US was defeated eventually by China in 2216 and the Rememberall was discovered by the Chinese in Pakistan, hidden beneath a farm. It was a chaotic time period as the after effects of the war was terrible and China, in the process of reclaiming the device had conquered various parts of the world.

The Rememberall was transported to an underground lab in Quanzhou where it was kept locked and used only by its politicians and some of its investors.

However, in the outside world, the black market Rememberall was the only way individuals could find out about themselves. However, due not to be perfectly made, some ultimately made their users go mad. In an effort to clamp down and curb the phenomenon, the Chinese government banned the use of illegal Rememberalls. This led to various protest by many poor people throughout the world.

The Five Year Protest ensued. During this time, daily there were mass protests for five years throughout the world by people, mainly the poor, demanding the Rememberall be given back to its rightful owners, the public.

Various non-governmental organisations and countries supported the idea. The protests, initially peaceful, turned out violent, with many of the movements funded by opposing governments.

As the war went on above, the Rememberall sat silently in a lab. It was in 2222, when a young Chinese lab attendant, out of curiosity, decided to try the device on himself one night in secret.

The young man, was doing an over time duty when piqued by the curiosity and legend behind the machine, found himself sitting on a chair, the device placed on a table opposite him, and the cables plugged to his head. He knew exactly how to work the machine for some odd reason despite it not having any manual.

As he switched the machine on, and it whirred to a start, at the press of a button, the Chinese boy was transported through a portal aligned with stars zipping past him. And in each star he saw his previous births.

When he had passed the last star, it was revealed to him that he was, Joseph Vitzinger in his past birth, the inventor of the Rememberall.

The young Chinese man, filled with disgust, regret and frustration, plugged out the device and broke it into pieces. He then burnt the lab down and himself in it.

The Rememberall, was forever lost. It had claimed 52.5 million lives in its wake. 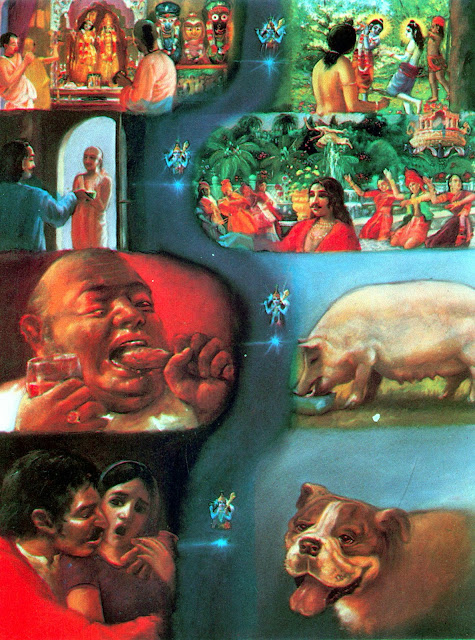 2 thoughts on “The Tale of the Rememberall”