“What is Zen?” a student asks his Master.

“What does it mean?”

Years later when the Master dies and the students took over, they decided to name the lake, ‘Lake Zen’ and started worshipping it. “This is a symbol of our Master. Of his teachings.”

As years passed, many books were written about the lake, many songs with many pilgrims and seekers of Truth coming to worship the lake. It was dubbed a holy lake. A lake of miracles. Many people laden with disease were apparently cured here.

“I feel so peaceful here! I wish I never need to go back home to the arms of reality.” One of the pilgrim said, when asked.

The popularity of the lake, made many business folks to take advantage of the situation, with tons of pilgrims thronging to the lake. They started selling t-shirts and photos of it. Some even dubbed it, “Lake Zen, the most peaceful lake'”. Locals also took the opportunity to come up with ridiculous stories about the origins of the lake.

“The lake was a tear drop from the moon when the moon got separated from the sun.” One elderly man replied, when asked on the origin of the lake.

Buildings were raised around the lake, more shops and more people visiting it. As the first pilgrim decided to bath in it, the lake no longer became still.

“If this is a holy lake, then taking a bath in it would cleanse all your sins!” One says and takes a plunge. Many more followed suit.

What was once a still lake, no longer became still. It became tainted with ripples and the frequent splashes. Its crystal clear water became muddy. Murky. And smelly.

One day, one of the student challenges the name of the lake. “Hey! This is not Zen. It is just a lake! And Zen is just a word.”

“What is real Zen then?” One asked.

“What if there is no Zen?” Another asked.

“How dare you say that! Are you saying our Master was wrong?” This sparked a debate among the students with many having different factions within the fraternity.

They chased the poor fellows out despite them trying their best to explain.

The “bigots” and ”infidels” finally chased out, the ignorant fellows continued on with their ritual of throwing flowers and camphor into the lake every mornings.

“Zen represents peace and love and stillness. I no longer feel this way. The lake is a hoax!” One frustrated pilgrim says, as she takes the next bus to another lake, which according to her, was far more beautiful and pure than this one.

“We just heard of another lake. It’s called Lake Nirvana. A holy man attained Enlightenment there, so we’re going there.”

As many others left the lake, with many buildings and shop booths left abandoned and rubbish strewn, the emptiness amid the dirty vicinity of the lake allowed the waters in the lake to become still again.

So, you see, the lake had always been a lake. And even Zen is but a word. 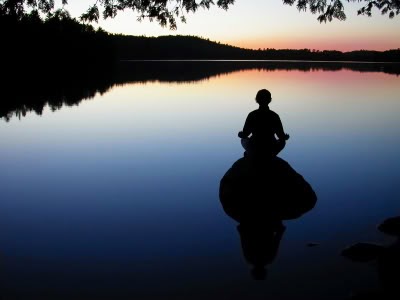