Dec 2042 – The forest had blended in with the remnants of the past. What were once tall majestic skyscrapers now lay in ruins covered by thick undergrowth and bushes. Trees grow forming a jungle where once upon a time, 30-years-ago a jungle made out of bricks and steel formed.

A butterfly slowly flutters into view, making it’s way, following a trail made out of wood. 30-years-ago not a single butterfly could have been seen, instead massive vehicles made out of steel could be seen zipping past this trail, which was once a highway. The butterfly pasts a lone figure sitting under a tree, lost in his own self in meditation. The butterfly, being a part of nature, naturally gets attracted to this man as it slowly flutters, hovers for a little while over the head of the man and then rests on his shoulder, closing it’s wings.

The man opens his eyes, smiles and looks at the butterfly. He tells it, “I know they’re waiting, tell them I’m coming now.” The butterfly spreads it’s tiny wings and sets off into the jungle. The man gets up and slowly walks on the trail, barefooted.

He moves gracefully past the bushes and trees, his face glows with enlightenment, a smile plays on his face. His eyes kind but alert. He moves briskly but extremely graciously.

As he comes out of the bushes, he is greeted by a huge building made out of bricks. But not a normal building. It was a Healing Centre. Adjacent to it were energy produced architectural towers which housed a library, administration centre, a school, a temple of healing, and all these buildings were powered by the five elements of self-sustainable energy – a technology that was internal and not external.

It was an interesting sight as all these buildings which blended well with the rainforest that surrounded it did not require the power of electricity, rather used energy derived effortlessly from nature, i.e. the sun and rain.

It was a dreamlike scene, there were people sitting among the green grass, laughing and talking. A few could be seen meditating and children running about joyfully. Everything was peaceful and tranquil.

The Great Teacher slowly makes his way past the people who formed a community, to the inner sanctum of the temple of healing as a bell is heard in a distance, signaling the time for dinner. Everyone stood and made their way in.

Welcome to the Golden Age. 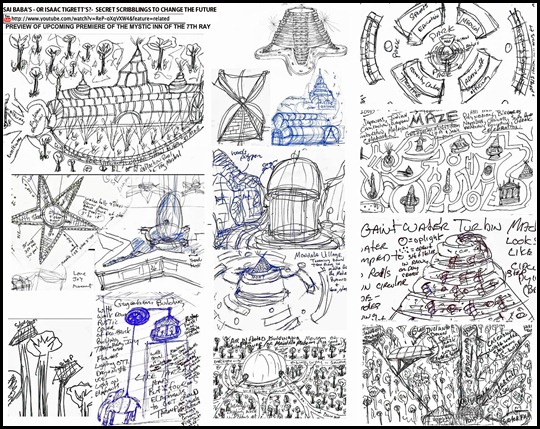 Scribbling by Isac Tigrett on his Mystic Inn of the 7th Ray project where inspiration for this post came from. 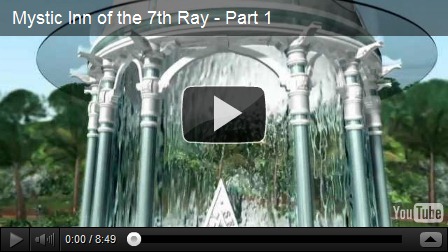 Part of my inspiration for this post came from Isaac Tigrett’s Mystic Inn of the Seventh Ray video. Go check the video out. The projects might sound a little absurd, but the idea behind it is amazing: