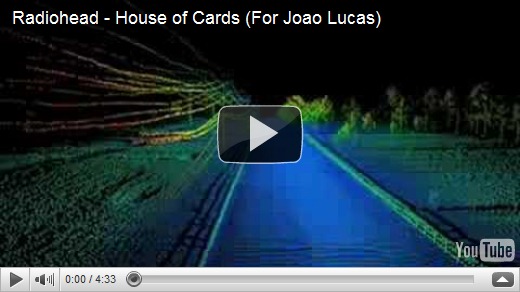 I suggest to give a sense of feel to this story, one should listen to this song while reading it. -Sukhbir.

The sun poured in from the sole window in that dark dusty room as a figure, a young dark Indian man around his mid 20’s, sat on a stool, facing a mirror, motionless, studying his face, as though time stood still. One would believe he’s a statue because he’s been motionless for a very long time. But if one studies his mind, one could understand and make believe as to what and why he’s been so motionless about.

After a good 5 minutes of thinking, he picks up his phone and makes a phone call while still studying his face in the mirror.

The room is silent save for his heavy breathing as he awaits the receiver on the other end to answer the phone call. If one is observant enough, one can actually know, through his breathing, he seems nervous.

A voice of a woman is heard over the other end as she picks up the phone.

There’s a moment of silence as the woman on the other end tries to swallow and comprehend the fact that this man, this Joe, is calling her.

She sighs and then breaks the silence. “What now?”

“I..” He swallows and then continues, “I just called to see how you’re doing.”

She sighs again. “How long are you going to keep doing this? It’s over Joe… Move on.”

Joe becomes silent. He takes a deep breath and sighs, as though he’s tired of all these games. He tries to think of something to say but nothing gets into his head. Left with no choice, he finally says, “I missed you. That’s all..”

“It’s over. We talked it through. I’m moving on already. You should do the same.”

Maya takes a deep breath and sighs again. Longer this time. But unlike Joe, she’s just tired of him calling her again. Begging her. Pestering her to change her mind. Whatever has happened, has happened. Time to move on.

“I can’t live without you.” Joe adds.

“You can. You lived fine before we met and you will now. You just have to stop fooling yourself.”

Women, many of them aren’t practical, but when it comes to these things, they’re genius in fusing logic and practicality with such ease and making it seem real. And whatever they say at that time is true in a certain ironic way.

“Easy for you to say Maya. You changed my life.. You’ve become a part of it.”

“And I regret it. It was the stupidest thing I’ve ever done.”

Joe remains silent as he tries to digest this fact. It hurt him hearing this.

“I just don’t know what went wrong, where and why.. I just want things to be like before, Maya.”

“I feel..” he tries to think to find a word. Finding it, he swallows and continues, “I feel you’re a different person. Like a stranger..”

Maya mutters something under her breath and replies, “I’m still the same, alright?”

The alarm clock on the table starts ringing. Joe shuts it off. Maya sighs.

Maya slams the phone down.

He stares at himself in the mirror for another few minutes and then, as though he’s pre-programmed, he reaches for the radio nearby and presses the “Play” button. Radiohead’s House of Cards starts playing. Thom Yorke’s voice drones slowly, calmly and yet fitting the moment Joe’s in like a piece of missing puzzle.

“I don’t want to be your friend,

I just want to be your lover..”

A sense of desperation engulfs him. A feeling of wanting to escape this feeling, wanting to get out and away from it erupts in his heart. But that feeling just somehow bloats in his heart, engulfing his lungs and stomach. Expanding, but he just can’t do a thing about it. He feels cancerous. He feels contagious. Wanting to cry, but he can’t. Just can’t. That’s the worst feeling ever..

Sighing, he slowly proceeds to pick a bowl of make up on the table, mixes it with a spatula, taking his time. And all the time his mind is on Maya.

The woman. The dream. The hope. He thought he had met the right one. She was the right one in fact. But time wasn’t. And time’s a pain in the butt.

“No matter how it ends,

No matter how it starts..”

Slowly, he takes two more bowls and separates the mixed ingredient, the white starch made out of corn starch and flour in three different bowls. He adds food coloring into them. Red for the lips and Blue for the eyes. He leaves the last one alone. The white one for the base.

He takes his time mixing them, one bowl at a time, making sure that the food coloring blends in with every particle of the starch.

“Forget about your house of cards,

And I’ll deal mine.”

Once done mixing, he applies his make up on. Starting with the the bowl of white starch. He applies them evenly onto his face, making sure that every portion of his face is covered with the white starch, hiding his face from it’s misery, creating an illusion of a mask on. Hiding his depression. His fear. His longing.

Once he’s satisfied, he reaches for the second bowl on the table. The blue starch.

“Fall off the table,

Patiently, he colors his eyes blue. His eyelashes, his swollen puffy eyes. Everything that people can know about a person through one’s eye, he masks it with the color blue. Now no one would know that he had been crying in the toilet an hour ago. No one would know the pain that is seen in his eyes. No one..

Satisfied, he places the bowl back onto the table and reaches for the third bowl.

“The infrastructure will collapse,

Throw your keys in the bowl..”

He starts coloring his lips red. Pouting this way and that so that the red, evens out, masks his frown, makes him appear happy and less sad. No one wants a sad clown.

He places the brush into the bowl and puts them back onto the dressing table and picks up a mop of fake yellow hair and slowly places them onto his head, adjusting his fake hair this way to make sure that they’re evenly balanced on top his head. Satisfied, he takes a purple top hat and crowns it onto his head.

His preparation has been fruitful. Almost. He places one last important attachment to complete his make over. A huge big red nose.

Closing his eyes, while his mind is on Maya, he attaches the fake red nose onto his nose.

Opening his eyes, he takes a look at the mirror and sees a total stranger in it. A clown. A sad one. He forces a smile and shows his teeth. Grins a little this way and that. A happy clown.

Your ears should be burning..”

No one would know, that this clown who would be teasing children, blowing balloons, doing magic tricks and making a fool of himself, is hurt deep beneath his heart. No one..

“Forget about your house of cards,

Satisfied, he gets up, looks at himself for one last time in the mirror and sighs. Maya…

He grabs the car keys nearby and walks out of the room to make a bunch of kids happy.

“Your ears should be burning, Denial, denial…” Thom Yorke drones and the song ends abruptly as the door is shut, leaving the room dusty, empty and dark once again. 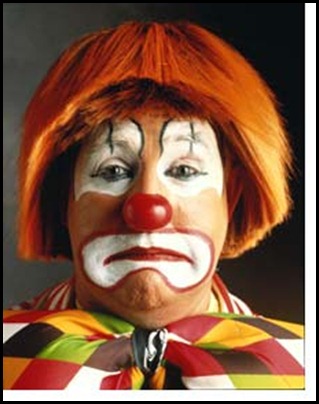 8 thoughts on “The Clown’s got the Blues”