I laid on my bed and slowly dozed off as the darkness embraced me. I woke up and found myself sleeping on the shore of a beautiful beach. The sand was cream white and soft as feathers, at one glanced the sand on the beach appeared like white carpet placed there for some unknown reason.

I stood up and saw the crystal clear waters of the beach as the waves slowly teased the shore. The beach, unlikethe ones we have seen, the waters were much calmer. There was no waves at all. It was asthough, the ocean was a magnificent giant lake.

With all this in mind, I was taking in the beauty, the peace and serenity of this mysterious place when suddenly I saw in a distance a huge oval shaped mountain.

It didn’t look like an island nor did it look like a mountain as it had very smooth edges. That’s when a three winged creatures flew toward me. They were little children with wings and their bodies glowed with different colors. One glowed yellow, the other glowed green and the third glowed pink. They gestured me to fly and follow them.

I tried flying but I couldn’t. And so two of them held me by my shoulder each and lifted me, with the third leading the flight toward the mysterious mountain.

As we got closer, I could hear the beatings of more wings and when I looked around, I realised hundreds of other similar winged creatures were surrounding the mysterious island with excitement on their faces.

We hovered closer and that’s when it struck me. The object was not a mountain and neither was it an island.

It was a giant egg in the middle of the sea!

“It’s an egg!” I exclaimed as my winged friends nodded their heads in excitement as they brought me closer.

The egg didn’t appear to be floating, but rather protruding from the depths of the sea.

I touched the egg. It was warm. It would hatch anytime soon, my intuition said.

A few winged creatures fluttered closer, touched the egg and hushed me excitedly. They too knew the egg would hatch soon. As I observed the winged creatures around me, some of them appeared like children while a few others appeared as babies. They wore white robes and had shiny white feathery, tiny but strong wings that made “flap flap” sounds whenever they fluttered. Their hair were mostly curly, some were blonde and some were brunette. Tiny little Cupids.

The language they spoke was different too. It consisted mostly of blabbers that babies and toddlers spoke. Baby language as some call it. And mysteriously, I could understand every word they spoke of. And they don’t speak like us do. They spoke excitedly. Everything was an excitement, a joy to be spoken about. And they were animated, mischievous but innocent little angels.

As I heard each one of them speak excitedly about the egg, the winged creatures stopped talking among themselves suddenly and quickly held hands, hovering, forming a huge circle around the giant egg which was as big as a ship. They remained silent as each closed their eyes, waiting for something to take place.

And that’s when it happened. The egg started to crack.

The winged creatures were overjoyed as light, bright golden light, poured out from within the cracks of the egg. Slowly parts of the egg chipped away as more golden light poured out and shot through the sky into space.

I asked myself, what was happening. I was worried while the winged creatures were celebrating.
I turned and asked my winged friend next to me, I didn’t speak, but rather communicated to him through my heart, “What’s happening?”

The little fellow twirled around excitedly, laughed and said, “Don’t you know? We’re witnessing the birth of time!” 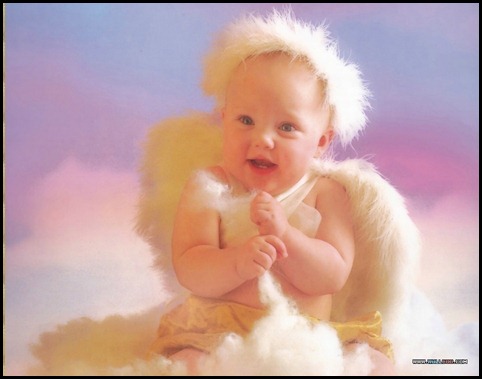