I remember it now. How I first got introduced to Rock.

I was 8 years old back then in `94 when my dad came back home with a cassette tape in hand. He called me over, and he brought out the radio, placed my twin brother on a nearby chair and told us, “I bought you guys something”

But before that, let me give you a brief introduction about my twin brother. He’s a lover of music and the radio is his best friend in the whole wide world. Music and nothing but music completes him. And my father knew that. Infact, that gift was specifically for him.

But I was excited too!

Bapa always used to get us something whenever he goes to Kl or Pd. This time he got us a Hindi songs.

My mother, busy body as always, peered out from the kitchen. My father opened the cassette cover, placed the tape into the radio’s cassette player, and tapped on the “Play” button.

While the tape loaded, I took the cassette tape cover from his hands and observed the tape’s cover. The cover’s background was black and had a picture of a woman showing her back with her arms on her head and she seems to be leaning in between two walls of (i think it’s snake skin) with fire burning at the top of each covers.

I was confused. I looked at him and asked him, “Pa… what song is this?”

“This” he taps the cassette tape cover, “This is a Hindi song I managed to buy from a guy selling music from the Pd bus stop. He said the music is very good and this is the last cassette he had”

I looked at the tape cover again. The cover certainly didn’t look like your typical Hindi music cassette cover. Usually they depict the hero and heroin under some mango tree with lovey dovey poses and they have the title of the movie with big bold “Comic Sans” fonts.

Most of the time the color of the fonts would be either yellow, blue or pink.

But this wasn’t. The background was black and the font was gothic white. I thought to myself maybe it was a revolution in Bollywood. Maybe everyone said, “The heck with pink, yellow and blue. Black is the new black”

It had the words “Black Sabbath” on it. At the bottom it had small letters stating, “Cross Purposes”

What kind of Hindi movie is this? I asked myself.

The music began with a fast heavy metal track. My mother froze. My brother jumped. The cassette cover fell from my hands. And my father stared at the radio, dumbfounded.

After a few moments of guitar rifts Ozzy Osbourne’s cold icy voice is in the background singing “I Witness”:

“Across The Desert Of The Burning Dark,

A Darkness Which Illuminates You,”

My mother broke the silence, “What the hell on earth is that?”

“There’s A Place You’ve Always Wanted To Be,
Whose Pleasures Always Did Escape You,”

My father mumbled as he stared at the radio, “But… the guy said it was a Hindi song”

“It’s Always Been So Out Of Reach, Nothing, So Near
Ever Felt So Far
And Now It’s Here Within Your Grasp, A Never
Ending Burning Says It All.”

My brother with his eyes wide with fear, observed the radio. He thought the radio was going berserk.

Chorus:
”As You Drive Into The Darkness, In Front The Future
Behind You History”

My mother stepped out from the kitchen and into the hall where we were all seated, “Hindi song?? Even a cow will die listening to this horrendous music”


“Caught Alone In The Dark Night, Do You Think
That’s The Way It’s Supposed To Be.
You Don’t Believe Your Eyes, Cos All They See Is
Lies, Oh Yeah.”

“But the guy said it was a Hindi movie song"

“Give me that” my mum snatches the cassette cover from me. She observes it for a bit and then says, “It’s Black Sabbath. This is no Hindi song”

My father looked up, “Black Sabbath?”

There was silence for a moment as Ozzy continued singing:

“You Better Run From The Holy Man, The Eyes That
Will Are Set Upon You,
Listen Not To Verse And Prayer, Song That Thrill
And Voices Tempt You
The Inner Flame Has Fear Of Death, Never, Has
Light Ever Seemed So Dark.
Pilgrims Of Sabbocracy, Hear The Hounds Of
Heaven, As They Bark”

My father then replied, “It’s pronounced Sabbath and not Shabad?(Shabad means song in Punjabi)”

My mum slaps her head and turns the radio off. “Better go back, and give this rubbish to the guy whom you bought from. You made the poor child freak out” My mother goes over to my brother, who’s visibly disturbed by the music and consoles him.

That night, as everyone slept, I crept quietly tiptoed to the hall, smuggled the cassette and hid it in my room.

After a year or two, I can’t remember where I’ve kept it. And it had gone missing ever since.

15 years later, today, I was in Sangkaran’s car when I heard a familiar song. I asked him what song was that. He said it’s from Black Sabbath.

Then memories took over. And I remembered 🙂

“I Witness A Time And A Place That Never Dies, Still
Frozen In Time,
This Darkness The Only Place That I Can Hide, I
Witness, A Dream.” 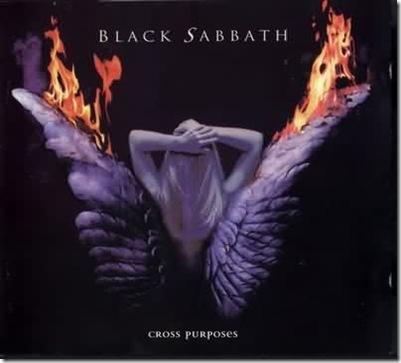 Listen to Black Sabbath – I Witness