You know at one point in life, you always tend to do something stupid (we still do). It’s not because we’re daft or anything, we’re just naïve at that age.

When I was 19 or 20 I started having these fascinations about Hitler and the Nazis. Don’t ask me how I started having these fascinations. I don’t even know myself.  I blame it on the war videogames I used to play as well as I used to read up on history. My favorite part of history was the history of the World War 2. For some reason, I had this weird fascination about that war. Maybe it was because of my dad who had so much to tell. I used to read up about the history of how the war began, how Japan came to power and how the invaded Malaya. I loved reading up about all that.

And that’s when I got to know about the Nazis.

So I started doing what stupid naïve teens would do.

See, the thing about these kind of music, especially the ones that depict songs about anti Christ and Satan and stuff, sure they make us feel good because by listening to them you release anger, but they fuel you. You become anger. You become hate.

I didn’t realise it at first. I used to constantly blast these music all day in my room.

I started growing angry and hateful. And this is when I went all wrong. I started worshipping Hitler like he was some kind of prophet. Had his photos on my Friendster page. Even bought these earings which had the Nazi insignia on them. Bought  few t-shirts with the Nazi emblem.

Worst of all, I started hating the Jews. For no reason.

Bala used to ask me the reason for it. I couldn’t find it. I didn’t know myself. But I hated them.

And then one day, in 2007, Bala introduced me to this movie. Schindler’s List. Apparently it had won an Academy Award for the best picture in 1993. He told me to watch it. 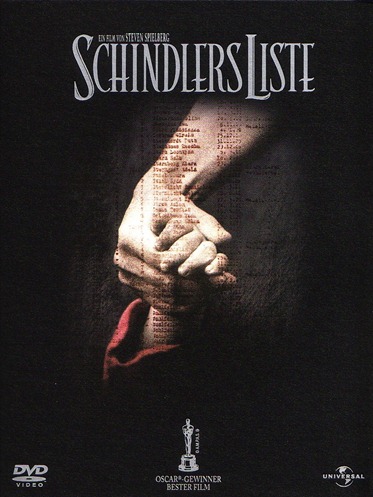 I watched it and this is not your typical Steven Spielberg movie. Infact, it didn’t feel like he directed it. The feeling of the movie was so.. intense and realistic.

It’s a story about Oskar Schindler, a German businessman who saved the lives of nearly eleven thousand Jews during the World War 2. He used various methods to save their lives, mostly through bribery because he was rich but also through his humility and love. And that brought him a sense of respect and power not only amongst the Jews he saved, but also amongst the Nazi officers.

I’ll always remember this quote from the movie by Oskar Schindler when he explains to a Nazi officer on the true definition of power;

“Power is when we have every justification to kill, and we don’t.”

Anger and hate doesn’t help. We all know that. Even I do. But yet sometimes, due to circumstances we fall victim to these two evil qualities. We can’t help it.

But it’s okay to fall victim to them. Time and time again, we got to remind ourselves that we’re not perfect and so, yes, it’s okay to feel angry and be hateful.

But don’t let these two qualities eat you up. If ever you fall in them for too long, you’ll never be able to escape ever again.

You become hate and anger. You become the very thing you had been hating and fearing.

You may wonder if I hate the Jews now. No I don’t. Nor do I respect the Nazis or Hitler. However, as a historian and a military buff, I do have this level of admiration for the Nazis. Their level of discipline. The strategies used earlier on during the war.

But I don’t like the reason for the war itself nor the fact that they killed millions of innocent Jews.

I still think Love is a better weapon than hate, anger and ignorance. Only with love, can you develop respect and ultimately gain power. You become humble and egoless. And that is when you do gain power, and that’s the moment you most deserve it.

I recommend you to watch this movie. You’ll understand what I’m trying to say. It’s worth it.