As I made my way along with another colleague of mine through the muddy road in a flood affected area (Kampung Laksamana to be exact), voices of people who’ve had witnessed the various natural disasters taking place around the world on television screens and on the news, claiming that the end of the world is nigh could be heard in my head.

I walked slowly but assuringly, making sure I didn’t dirty my office shoes as I inspected the damage caused by mother nature in that village. I interviewed a few folks, writing down what they had to say into my yellow reporter notepad, expecting them to be distraught. But, ironically, despite incurring RM20k of losses, most of them seemed fine about it.

I asked one of the flood victim, a 55 year old Mahamad Ismail who was also the village headman, how he felt with his son’s wedding taking place this Saturday and incurring RM 20k of losses. He joked and replied, "Saya rasa sungguh gembira! (I feel very happy!)" We laughed and spoke and he said, "What can I do? I can only leave this to God Almighty. It’s a challenge. A trial. We got to be tabah (strong)"

Then I met another victim, an 85 year old Wong Yit Lin whose house was in a huge mess, with her bed destroyed, television and electrical appliances damaged, and she had been sleeping in her son’s car for two nights already since flood. She too, amazingly could smile. It was asthough these people took the floods as a positive joke.

I walked through the road to hitch a cab ride when I realised i had been walking through the mud, oblivious to the flood surroundings as I was deep in my thoughts and with a question burning in my head; "How the hell do they do it?" my mind asked in amazement. By then, I had trudged the muddy landscape, my shoes brown and dirty with mud but I didn’t care anymore. Like the victims, I too became accustomed to the floods.

As my colleague and I took a cab ride back to the office, my mind wandered off to the voices in my head, claiming the end of the world is nigh.

Then a small voice whispered, No. I don’t think so. Not when there are still a handful of people who take challenges and trials thrown at them with laughter and smiles on their faces. I doubt the world would end this way.

But I can guarantee you this, it will be the end to negative mindsets and a birth to positive ones to many of us.

I smile as the cab reaches my destination, the New Straits Times HQ. The voice told me; this December 21st, celebrate life and love and don’t submit to death and fear. 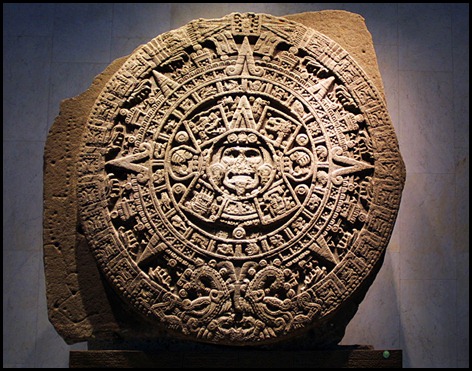