Facebook is amazing! There’s always something new and happening, happening every moment. Take today (November the 2nd, 2009) for example. At 10.45pm, these were the list of updates I witnessed:

Chitra, a friend of mine found a sad ugly duckling and she’s going to adopt it. These days, there are loads of stray cows, cats, dogs and even turtles that you can adopt that are running about on Facebook. And all of them are sad ugly ones.

Anusha joined a group called Macha Magics. I don’t know what’s that, don’t ask me. Must be a group dedicated to a bunch of Indian guys who can do magic.

Another friend of mine, Avinash was tagged in a photo which looks like this: 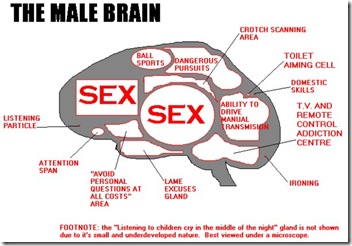 A friend of mine who’s learning the art of funny one liners on Facebook was practicing his skills by changing his Facebook status message to "To a woman who’s so… heartless. How can u be so heartless? LOL!”

Err… i didn’t get that. How can a woman be so heartless when she’s already heartless? It’s like asking a chicken, “Why are you a chicken?”

And the chicken will reply, “How the fuck should I know??”

Anyway, another friend was confused about which telephone service provider is good, so she posted a status update on her Facebook stating “Digi got problem or my phone got problem?? Always no line….haizz”

So i replied, “I think you have a problem”

If I was on a scary roller coaster, I would have something way better to say. And it starts with the letter “F”, with the exclamation marks at the back of course. Lots of them.

A hot friend of mine updates her Facebook primary pic. She’s in a tight top with hip hugger jeans. The photo caption says, “Ewww I’m fat!”

I guess she’s just being too modest.

Karthik found out his friend of the day. It’s Ai Ling!….. I don’t know who she is. Neither does he…

Dhanisa discovered something new in her life today, so she decided to share it with all of us by changing her Facebook status update, “Dancing by yourself is bad for your health.”

What does singing by yourself do then?

History Channel posted something interesting that happened today. Here it is:

THIS DAY IN HISTORY: 1783> Gen. George Washington issued his farewell address to the Army near Princeton, N.J. 1920> The first radio broadcast in the United States is made from Pittsburgh. 1963> South Vietnamese……. *yawn*

I scrolled down and Kiren Sidhu added Rubeshan Nair along with 13 other people! Woahh! She’s getting famous!

Another friend of mine uploads a video on Facebook. The title says Interrogation Fail. Sounds interesting and looks interesting because the photo on the video shows a dude with a police guy in the police station. Maybe he gets beaten up real bad by the police dude. Or maybe it’s the other way around. I love these kinda funny videos.

So I clicked play. Nothing much happened in the first minute. The guy asks for a bottle of water. The police dude gives it to him and leaves the room leaving the dude alone. He drinks up the water, closes the cap, puts the bottle on the table, takes out a pistol from his pants and shoots himself on the head.

Great… there goes my goodnight sleep.

That was Facebook so far today at 10.45pm, the 2nd of November 2009. To all those who were tagged, I hope none of you guys were offended. It was just done for the sake of boredom and fun. And If you guys were offended, there’s this application on Facebook where you add a photo of me on it and you get to punch the living daylights out of me online! How cool is that??

Okay wait… is the application for Facebook or the iPhone? Shit…