Dec 20, 2012 – 11.56pm. Adam sat in the cafe, watching the various number of denizens of the city walk past the window. He glances at his watch on his hand, looked at Eve and then sipped his cup of warm chocolate milk. “5 more minutes,” Eve said nervously.

“5 minutes to?” Adam asked as he placed his cup on the table infront of him.

“5 minutes till the world ends,” Eve chuckles nervously as she looks around.

“Adam, you can’t be sure. What if it really happens.” She says as she sips her cup of chocolate drink.

“Suppose if it does happen, how do you think the world would end,” Adam asked, observing Eve as she sets her cup down.

She thought for a bit and then said, “I guess, it would end just like that. Poof! Everything will become dark and that’s it. The world ended.”

“What would you want to do if the world really ends?” she asks Adam.

Adam smiles and says, “If the world really ends, what can I really do in this remaining 2 minutes?”

Both of them laugh. Adam moves infront and then suddenly lands a peck on Eve’s lips.

“I suppose that’ll suffice,” he grins as Eve blushes. They stare into each other’s eyes when Adam looks at his watch and then says, “Few seconds left.”

Eve shifts in her seat. Adam stands and props himself next to her. “Let’s count the time down together okay?” he says.

They both stare at Aadam’s digital watch on his left hand as Adam does the countdown for the end of the world.

Eve takes a deep breath and closes her eyes.

Eve opens her eyes. She looks around and then finally at Adam who grinned ear to ear, sipping his chocolate drink.

“They serve excellent chocolate drinks in this cafe even for the dead you know. Drink up.” 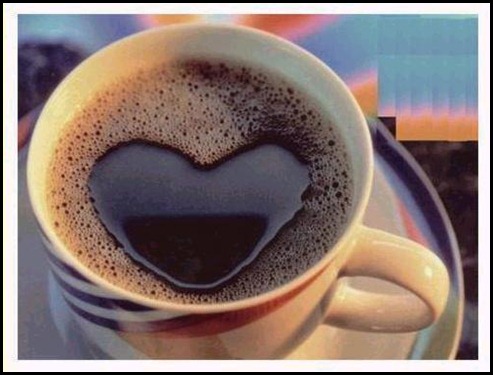