***I suggest, before reading, play this and then proceed read. You’ll appreciate this story more. Because this time, the story’s not mine 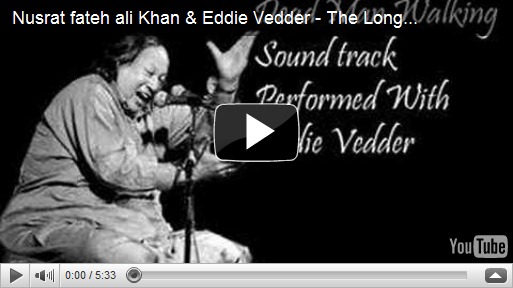 One thing I would always remember would be the initial days when we first met. It was something… magical. Something extra ordinary. Here I was, just widowed and I was dating a man who lost his wife and has 8 daughters to take care of. I was tall and thin. He was short and fat. I could ride a motorbike and he couldn’t even drive the car. But we just.. clicked.

I don’t know. I guess you can call it fate. Call it luck, but we met by chance. All thanks to an acquaintance who suggested us to meet up.

When I used to go in the nights to pass him his dinner, he used to be the only one in the office, sleeping on the bench with the fan turned on at full speed in the cold night. No blankets nothing. And at times he used to go hungry without food.

Honestly, there was nothing fascinating about him. He was just like any other man. But he was amazing. He was honest, humble.

Our first “date” was a little awkward. I came to his office on a motorbike and we decided to go for dinner as he had finished work early that day.

“Anywhere that you want. I don’t mind.”

We had Laksa at a Chinese stall just behind his office.

It was funny really. Funny in the sense that, I used to be the one driving him on a bike instead of him. But it was extraordinary. Something different. Something… out of the box.

We had our first date by this hill where it overlooked this cycle’s park. People used to cycle and we used to sit by the stairs on the hill and talk. We talked a lot of things. He told me about himself, about his deceased wife, about his kids. I told him about my deceased husband, about myself, my family. We talked.

“Do you recall the first time holding his hands?”

Yes I do. By the hill. We held hands.

“Did you guys kiss?”

He did give a peck on the cheek, just one or two.

“Owh! Come on! Tell! This is the interesting part!”

Eh chi! Why you want to know?

“What else you guys do?”

We used to go for movies. We had lots of food together. Lunch, dinner. And then, I decided that I did have feelings for him and he was a good man. And he too had feelings for me. So I told my mother and mother wanted to see him. They met and mother was happy with him. I met his father. We did have slight problems but what can you do? Love happens. He was lonely and lost. I was lonely and lost. I guess, only a blind man can appreciate another blind person. Love happens.

“What do you remember most during those initial stages?”

The motorbike rides. He used to sit behind me and we used to ride around Seremban. Sometimes we had dinner and lunch. Sometimes a movie at the old Rex Cinema. Sometimes we went to the hill.

Soon, he started living with us in my house.

Yes. Mother consented it. Mother liked him. He was a good man.

He stayed, bath, ate and used to go to work from there.

“Do you remember the first time he said those words?”

Yes. After both sides agreed. He looked at me and said, “I love you. Let’s get married.”

There was a pause as we both sat in silence. I looked at my mum and asked her a final question.

“Do you think it was worth it?”

Without hesitation she replied, “Yes and I don’t regret it one bit.”

I smiled. In my mind, I could picture my mum riding the bike, with my dad being the pillion rider, riding in Seremban and dad saying something to mum in her ears and mum blushing.