***NOTE: The last and final chapter. To read the previous chapters click here.

I walked into the very same open field of sun flowers that I saw in my dream hours earlier. I observed my surroundings and learnt that there were kites being  flown far in to the distance, into the horizon. The sound of someone playing the flute composed me. My tears dried up instantaneously.

A sense of peace and calmness engulfed me as I walked slowly to the source of the sound of the flute.

I walked to a distance until I came to a huge Buddha tree in the centre of the sunflower field. And on top of the tree, on one of the branches, perched a little boy, playing his flute. He wore a maroon tshirt with khaki shorts and he was in his own world playing the flute. Fully engulfed in bliss.

I walked slowly, as to not surprise him from his splendorous mellifluous sound that he was emitting from the beautiful piece of instrument everyone calls the flute.

He stopped playing as I stood under the tree, looked down and gave me the smile of the most satisfied person in the world.

“Ah Unos! I’ve been expecting you.” He jumped down from the tree and stood infront of me.

“You play the flute well. Who are you?” I asked.

He laughed. “I should be the one asking you that. Who are YOU?”

I stood in silence. Reality struck me. “Where exactly am I?”

“Yes. Died. Finished.” He made a motion with his hands, as though he pretended to cut something in mid air. “You died in your sleep.”

I kept silent. I didn’t know what to say. Then I asked, “But I just time travelled, met my grandmother and dog. How can I suddenly die?”

The little boy sat down under the tree and motioned me to sit as well. I followed suit, confused and sat next to him.

In the far distance, showers of rain were seeing bathing the beautiful sunflowers.

“Everything you saw, was but a fragment of your imagination. Of your mind.” the kid said slowly.

He smiled, chuckled and then said, “Before you died, you had this wish in you. Your wish was to go back to your past, visit it and correct any errors that had happened.” He swallowed and took a deep breath. “And I granted you your wish.”

Then it dawned upon me.

The kid laughed and said, “You mean “God?”” and he made the thing with his fingers. I nodded.

I observed him, deeply confused. “But… but you’re just a child. A little boy.”

“Exactly. Because that is exactly how you imagined me to be.” he smiled.

We sat in silence. He broke it.

I thought for a moment or two and then replied, “No I’m not.”

“Because I was able to go to my past, to correct it, but now I can’t live to see it anymore. I’m dead.”

He placed his thumb onto his lip like little kids do when they think really hard. “Ah I see.” He thought for a moment, frowned and then said, “But are you happy?”

He smiled and then turned to me and said, “Then I’m happy too.”

There was silence again. He broke the silence by climbing the tree and came down with a few mangoes.

“Have some.” he gave me three mangoes. We munched on them quietly. The mangoes were juicy and sweet. Nothing of the sort the I had tried before.

“But tell me one thing.” I asked halfway through eating the third one. “I don’t understand about the Time Machine.”

“So everyone who dies, sees a Time Machine?”

The little boy laughed and said, “No. Not everyone. Some people wish different before they die.”

“Exactly.” He smacked his lips and started munching on the third mango.

“But let’s just say, I wished something else. Would you have granted it as well?” I asked.

With this, he turned and gave me a motherly look. “Would I ever let you die a sad man?”

I understood. We sat silently.

“Unos, I make sure everyone dies happy. Sages, philosophers, crooks, criminals. I make sure they all die happily despite the things they do.”

“But that’s not fair.” I chortled.

“But criminals and crooks?”

“They too are humans aren’t they?” He wiped his hands onto his tshirt and then continued, “Good and bad, is all based on people’s perception. Nothing is really good and nothing is really bad. Infact, good and bad never existed. It’s all in your head.” He pointed to his head with his flute.

“So life was just but a dream?”

“Yes. And you have just awakened from a very long slumber.” He smiled.

“So Lassie and my grandmother?”

“They were but a fragment of your self.” he replied.

There was silence and then he said, “You are ME.” and he jabbed my heart with his flute.

The showers stopped and the sun started to shine. The little boy stood up and climbed the first branch. “Come, let’s climb this tree and see the passing clouds.”  he said as he motioned me to climb the tree.

I stood up. He held his right hand toward me, and I asked, “So what happens now?”

He smiles and says, “What do you think?”

We climbed the tree, right to the top branch, laid on our backs and watched as the clouds pass us by while he played a melodious tune on his flute. 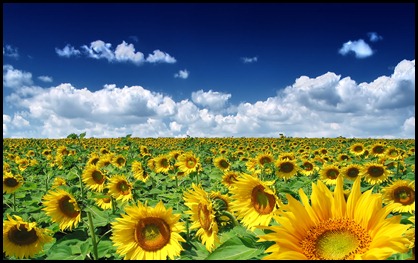 1 thought on “Chronicles of a Time Travelling Typist: Chapter 5”