I think every kid has this problem. The lack of attention span. It was a huge problem for me when I was a kid (and still is).

For instance, I used to frequently accompany my mum to whatever errands she used to do when I was a kid. So there was this once she took me to the bank.

Me being a kid, I was extremely mischeavous and hyper back then (still am at times) I was running around the whole bank, jumping and having a good time of my life.

My mum calls me over. I run to her, still jumping and laughing like an idiot.

She slaps me hard on the head.

“What did I tell you?” She would ask.

I would remain silent. She would slap me again on the head.

I mumble the answer with tears rolling from my eyes.

“Sit down..” I try fighting a sniffle.

“Only sit down?” She would ask and her eyes narrows on me even further.

“And what were you doing?”

“So what are you supposed to do?”

“Good! Now do that. If I catch you running again like that, I promise you, you won’t be conscious enough to know what will happen to you.”

Taking that as a firm warning, I sit on the chair made out of cushion next to her in the bank while she waits for her turn.

And that’s when boredom kicks in. It starts with me relaxing my neck muscles. I start looking around the bank for something interesting or weird or just eye catching. And that’s when you always spot someone to stare at for a good three minutes.

Ever experienced this moment, where you’re in a bank or some public place and a kid stares at you for no reason at all? What the heck does the kid want? You look at your shirt, maybe there’s some coffee stain on your shirt. But no, there’s no coffee stain!

And then after everything, you try to look for a mirror, just to find out what caught the kid’s eye. Maybe you had a huge pimple. So you check yourself in the mirror.

No! There’s no pimple! There’s absolutely nothing wrong with you! What on earth was the kid staring at then??

Here’s the truth. The kid was just plain bored and it so happened you were sitting across that kid. You’ve become his source of entertainment. His or her muse.

As a kid I enjoyed doing this. I would stare at my victim for a good three minutes and he goes through the whole process of checking himself to see if there’s anything wrong with himself. When he’s done that, that’s when I show him my tongue.

Now, some of them would be offended but there are a few of them who would do the same to you back.

And it annoys me because that’s not what the other person’s supposed to do. He should be annoyed at me and not showing his tongue at me!

Ever experienced walking somewhere, minding your own business when a school bus passes you by? And in that school bus there are a bunch of kids and when you look up to see them, those little buggers show you the finger, it just ruins your whole day. Ever experienced that? That’s how I would feel.

Not wanting to lose, we would start making faces at each other. I have to win! So i try every face I can muster and do. From the pig face, to a retard, everything in the book. It suddenly becomes an impromptu face making competition and that too in a bank.

Eventually, after some five minutes or so, I would lose interest and I would allow him to make faces at me while i just stare. He continues making faces at me until he realises people are watching him. Feeling extremely stupid, he would stop and won’t bother me for the whole day.

With that, I would divert my attention from that person and look for some other source of entertainment nearby.

I would look everywhere, i’ll look up, look down, look left and right and that’s when something on the cushion chair I’m sitting on catches my eye. A small piece of thread, potruding out from the chair. It’s part of the chair, but probably since the chair’s old, that thread’s potruding out.

Without hesitation I start pulling at the thread. Slowly at first but gaining momentum as the bloody thread’s not coming off.

I try pulling and pulling and it’s getting longer and longer. I know if I continue pulling, eventually it’ll come off. So I keep pulling.

Pop! The thread comes off!

I feel extremely satisfied. But it doesn’t last for long because I start searching for more threads potruding out from that cushion chair.

I search up and down and eventually I find one. I start tugging at it.

I pull so diligently, so efficiently that you might think the bank’s paying me for my “services” in pulling threads off cushion chairs.

I pull and pull and in the process of pulling, I don’t take notice of myself standing. I’m no longer sitting. I’m too busy pulling that I don’t realise my mum observing me.

I tug hard at the thread.

Pop! It comes off!

Slap! Something hard hits my head!

I turn to face my mum, one hand clutching the thread and the other holding my head.

My mum, she enjoys asking me questions.

“What were you supposed to be doing?”

I ponder for a bit, my head’s still hazy thanks to the slap I received on the head. After a few seconds I get the answer.

“Good. And what were you doing?”

I look around me and then I reply, “Standing..”

“Good. What are you supposed to do?”

She nods at me and glares.

I slump back into my seat, succumbing to silence, my muscles not moving and eyes not blinking.

A minute later I’m back to pulling threads again.

Once I’ve done pulling the threads off my chair, I start seeking for threads on the chair next to mine. I don’t care if someone’s seated already on it because at that time, all I care about is the satisfaction in pulling threads off cushion chairs.

I sit silent for a good full minute.

I look at the floor out of boredom and my eyes goes to my feet. I then start moving my feet. Swaying it front and back. The swaying starts slowly at first, then it gains speed.

And the next thing I know, I imagine I’m on the swings, swinging my day off. I sing or hum a little tune. The singing starts slow at first and then it becomes louder and louder.

When it finally reaches an unbearable peak, another hard slap lands on my head.

“Shut up and sit down… But ma, I’m already sitting down.”

I nod my head in resignation.

I look at my hands. I start making animal figures using my hands. I make a wolf, a bull dog, a cobra (the hardest to do) and I pretend they can talk.

I make the cobra, turn to my mum and start talking to her using a cartoonised voice I learnt from the morning cartoons.

“Hello grumpy old lady! How are you?”

“One more time and your hands will be in your mouth..” My mum hisses.

Taking that as a stern warning, I stop annoying my mum and i turn my attention to the young lady next to me. My hands still morphed together to form a cobra, I say “Hello!” in a cartoonised voice.

She smiles but says nothing.

She smiles but ignores me by saying nothing again.

I realise the conversation’s not going anywhere and I slump back deeper into my chair.

And at that moment, at that precise moment my eyes meet the eyes of another bored kid.

And kids, unlike adults, we’ve got excellent communication skills. Adults need to go up to someone and say things like, “Hi I’m George! Let’s go for a cup of tea!” to break the ice.

But kids, all they need to do is smile at each other and they’re best friends forever!

So I turn to look at my mum, she’s too busy looking at some documents. I look at the kid. He looks at me.

And the next thing you know, both of us are running around the bank chasing each other for fun.

I went back home with a bad headache that day. 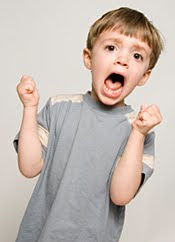