Skip to content
***Note: This blog post is not mocking a certain political figure or party, but rather the general sad state of the Malaysian politics as a whole. To view the previous posts, click HERE.
With the dissolution of the parliament, leader of Parti Orang Kampung And Internasional (POKAI) YB Sukhbir Cheema sits down at a press conference answering a myriad of questions thrown at him by journalists after his party had revealed the list of candidates who will be contesting in the various constituencies.
Reporter: YB, what’s your comments on the dissolution of the parliament?
YB: Owhh finally lah! Now saya boleh pelan on my campaigning period and my action pelan if I win.
Reporter: The list of candidates from POKAI is out for the respective constituencies. Since you’re Rasah’s incumbent, what’s your plans to tackle the issues taking place here?
YB: Senang jer. I just go turun padang, salam-salam sikit, senyum-senyum banyak, pastu I cium baby-baby and then I suruh mereka vote for me lah.
Reporter: Okay. What about social issues such as gangsterism that’s taking place here. Any plans for that?
YB: That one we talk lepas I dah menang la. I dah pelan already what to do with those issues.
Reporter: Okay so what’s your plans then?
YB: That one I kenot I reveal yet, takut nanti rival party sabotage.
Reporter: Can you atleast reveal to us how you’ll implement them?
YB: Hmm okay first thing first, I nak pergi holiday kat Hawai dulu kalau I dah menang. Holiday untuk one year. Then second year pergi shopping kat Paris, my wife wants beg. Also for one year. And then third year, go tengok bola liga perdana Inggeris full satu season. I’m a Manchester City season ticket holder by the way. And then fourth year, maser time GE, I datang balik to campaign and that’s when i will tackle those issues la.
Reporter: Err YB, that way, those issues can never be solved.
YB: Yes I know that. I’ve been the incumbent thrice thanks to them la *blinks*

In an exclusive “Get to know your candidate” interview segment by a local independent radio station, a radio host sits down for a live chat with Parti Orang Kampung And Internasional (POKAI) leader, YB Sukhbir Cheema on air and asks him questions ranging from his hobbies to his political opinions in order for voters to better understand the candidate at the Rasah parliamentary seat.

Radio Host: Thank you so much for your time, YB.

YB: No problem. You bayar me later for it.

Radio Host: So YB, can you tell us a little about yourself.

Radio Host: I heard you’re a Manchester City supporter and you apparently hold a season ticket pass to their matches. Is it true?

YB: Yes! I’ve been supporting Manchester City all my life!

Radio Host: Who’s your favorite player from the club then?

YB: Van Persie without a doubt!

Radio Host: Moving on to the next question. We also heard you’re a movie buff.

Radio Host: Wow that’s quite a list. But it just struck me, those are movies about gangters.

Radio Host: Does this mean you have an affinity towards gangsterism?

YB: Those are gay movies. Do you have affinity untuk gay people?

Radio Host: Sorry YB but there has been numerous scandals listed under your name, from illegal citizenships to sex videos to gangsterism. Why?

YB: Why? You tanyer saya why? Because I’m the best la! That’s why. People jealous so buat fitnah camni.

Radio Host: You had failed to be present at court to face a few of these charges. Why so?

YB: I prefer when you ask me questions tentang my hobbies you know..

YB: *sighs* Because I was busy with my party work. Work comes first than anything else.

Radio Host: If they did, how come things like these emerge then?

YB: Because I work so hard that people cemburu la. So mereka nih fitnah I bukan-bukan. I thought I answer you already what?

Radio Host: If POKAI wins the GE, you’re touted to be the next Prime Minister. It’s the same with Malaysia’s Old Revolutionary Old National’s (MORON) chairman, Datuk Loo Kong Kek. What’s your thoughts on this?

Radio Host: But apparently, according to statistics, he’s currently leading you in terms of support from the youths at your constituency.

YB: Where you saw the statistik? Have you seen mine?

Radio Host: What does your statistics say then?

Radio Host: I see. Speaking of books, Rasah has the lowest number of students not scoring enough A’s in the country. What’s your thoughts on this.

YB: Budak-budak sekolah kenalah belajar to divide their time between aktiviti luar sekolah and dalam sekolah. That’s the problem when they spend too much time indulging in gangsterism activities. There should be a balance. Gangsterism and studying, barulah pandai!

Radio Host: Alright. Thank you so much for your time YB. For viewers at home who wish to pose questions to YB, kindly post your comments below as there will be a special webcast interview session with him tomorrow.

YB: Eh by the way, you mention Brokeback Mountain, want to watch later together?

Radio Host: Err YB we are still on air.

***
A webcast by a local media company was conducted today to boost YB Sukhbir Cheema’s chances of winning in the elections. The media company is well known to be a propaganda machine for Parti Orang Kampung And Internasional (POKAI) to spread the party’s message across to the wide public. Unfortunately, due to some unforeseen circumstances, only one question was asked by the public but that too appeared to be in a form of criticism thrown at the party leader following a live radio interview yesterday. The rest were just a pile of comments mocking him.

Reporter: Hello YB thank you for coming to our live webcast.

YB: Ohh thank you, thank you.

Reporter: YB, there was only one question asked by the public yesterday and lots of err.. “comments”. One user by the name Nawin Narayanan, says and I quote, “It’s a wonder he has won two elections before this,” What is your thoughts?

Reporter: Another user, Lavanya Singham, asks “YB, u mentioned that there should be a balance between gangsterism and studying in order to have more students scoring more A’s as opposed to all of them running wild on the streets. As a member of the general public who is concerned for the well being of the community especially in Rasah, I would like to ask why isn’t it your goal to eradicate gangsterism completely; instead you seem to be accepting the violent culture as a normal means of recreation by our youth. How do you plan to safeguard the peace in Rasah and at the same time try to produce ‘pelajar mithali?'”

YB: Ahh ini soalan bagus! Okay, for me la, violence nih is everywhere. Ibu pukul anak, is violence. Anak pukul ibu is violence jugak. There should be balance la between gangsterism and pelajaran. If you’re a gangster but takde education, camner? If you’re educated, but not a gangster, camner? So you need two hands to tepuk la. Youths sekarang nih tak suka if you suruh mereka buat benda. You kena let them do what they like and also ajar mereka to balance la. It’s okay to be gangster, but be an educated gangster. Semua orang pun kalau boleh, nak jadik gangster. We have many educated gangsters in our country what. Take them as examples and emulate mereka la. Or if nothing works, we just give these gangsters a non-governmental organisation status and work closely dengan mereka for our politik punyer agenda la.

Reporter: Your schedule seems to be packed and we learnt that you just got back from a video shoot. How did it go?

Reporter: And what will you be doing in the video YB?

YB: I will be singing a lagu la. Actually not me singing but we manage to dapat penyanyi terkenal to sing. I just miming jer. Pastu I dance dengan remaja dalam video to show that I’m youthful and then I tolong seorang si buta lintas jalan dalam video, and then I buat-buat main drum. Very fun and i’m sure many will love the video.

Reporter: Wow sounds like you had a good time!

YB: Ofcourse. And then esok i rekod another video. Ini remix of a popular song, Harlem Shake. In this one we poke fun at Datuk Loo Kong Kek punyer isteri. We got someone to dress like her and dance around in the tren. People love these kind of things. Once dah siap, we pelan to upload nih dalam youtube jer. This song will be spread on sosial media, while the other one in public punyer tempat. Macam tuh, maner-maner orang pergi pun, tak akan luper my face.

Reporter: Any other plans for you to approach the public?

YB: I heard sosial media play important punyer role in this election. So last week I dah set up Friendster punyer account then from there I get in touch with voters la.

Reporter: Interesting. So how many friend requests have you got?

YB: None so far but I dah ada dua friend. My PA and my deputy. So slowly and steady la.

Reporter: What about a blogsite, do you have one?

YB: That one I dah ader long time dah, but just recently I’m using it la to kutuk my opponent and upload video sek of him there.

Reporter: We also heard you’ll be bringing a famous artist to Rasah, your parliamentary seat, for one of your campaigning period.

Reporter: But YB he passed away almost four years ago.

YB: Kalau camtu, no choice but I have to go on stage to mime to the lagu yang i rekod semalam jer la..

Reporter: YB the public is not happy with you increasing the public aid from RM700 to RM 2000 annually, many are saying it’s from tax payers money. What are your comments?

Reporter: Many are saying this is a form of bribe to garner more voters for your party. Your comments YB?

Reporter: In the manifesto, it’s also mentioned that petrol prices, freedom of press and free education will be given if POKAI wins the elections. All these pledges has led to the manifesto being labelled as a “populist manifesto” by certain quarters. What’s your response to that?

Reporter: How and where would you find the resources for the public aid to give RM2000 to every Malaysian?

Reporter: But wouldn’t that make the situation worst?

Reporter: What if there’s a public backlash on this, resulting in many complaining the sugar and flour price as too high?

Reporter: What is freedom of press to you?

**What other scandals that link this infamous YB? Stay tuned as the next part will be uploaded in days to come. Comment and share if you enjoyed the post! 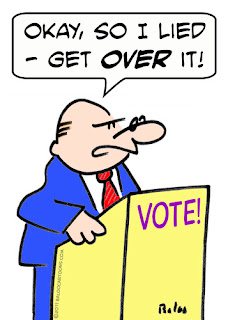