***Note: This blog post is not mocking a certain political figure or party, but rather the general sad state of the Malaysian politics as a whole. To view the first blog post, click HERE.

YB Sukhbir Cheema, Rasah’s member of parliament sits down to face the reporters. As of yet, no fresh scandals linking him or his party to anything had emerged today.. yet. Feeling confident, it was his turn to ask reporters a question.

YB: So, any new fresh scandal linking me to anyone you have for me hari nih?

Reporters smile, some laugh and all shake their head. There were no scandals today. One bold reporter, however, knowing that today was going to be a dry day, decides to dig a story from the infamous YB to obtain a byline of his own for the paper.

Reporter: YB, in your opinion, what is democracy?

Reporter: What is clean elections to you?

Reporter: According to your party’s manifesto, if your party succeeds in taking over Putrajaya, prices of petrol and diesel would drop. How will you go about this?

Reporter: That’s brilliant! Have you and your party members worked on an action plan for this simple yet difficult to implement initiative?

Reporter: So what is the action plan going to be like?

Safe to say, our favorite YB made it to yet another successful front page again in all the dailies.

***
Trouble comes knocking on the doors of Parti Orang Kampung And Internasional (POKAI) again as one party member was recorded making cynical racial remarks about the Hindu religion. The video was posted and shared on various social sites, enraging the Hindu community, especially within the constituency that YB Sukhbir Cheema of Rasah is in. A plethora of story hungry reporters crowd around the YB, seeking his response on this issue.

Reporter: YB, a member of your party was- *gets cut off*

YB: My komen is.. I’m an atheist so I kenot answer religious punyer questions.

Reporter: But YB, these were some serious remarks made by your party member. It has enraged the Hindu community in your constituency. What do you have to say to them?

YB: What do I have to say to them?

Reporter: Don’t marah? That is your reply to this?? Wouldn’t this further compel the public to vote against you, as it is you have a string of scandals under your belt?

YB: I masih ada my Bangla and Indon friends who are now Malaysians what. *grins*

***
APRIL 1, 2013
KUALA LUMPUR: Rasah MP Sukhbir Cheema drew flak today when he announced that he was elected as the new Prime Minister of Malaysia.
In what appeared to be a crude April Fools joke, Sukhbir who’s also leader of the Parti Orang Kampung And Internasional (POKAI), announced during a press conference that he was elected as Prime Minister by default through the “previous” PM.
“I hereby declare that I’m the new Prime Minister of Malaysia. I received a phone call from our previous PM that he had decided to allow me to take over his position. Expect petrol prices to drop,” he said, adding later on that it was an April Fools joke as many reporters took it seriously.
“I was just joking! I can never be the PM.. yet and petrol prices can never drop as this is just a ploy by politicians to garner votes,” Sukhbir said.
Datuk Loo Kong Kek, chairman of Malaysia’s Old Revolutionary Old Nationals (MORON) party slammed Sukhbir’s antics, describing it as “utterly distasteful and immature”.
“How can a member of parliament produce such a rude, immature and tasteless statement?” he said , adding that Sukhbir should have respected the date.
According to Loo, who’s also Sukhbir’s political rival, the date was an auspicious one as this was when Atheists celebrated Christmas.
Sukhbir, who already has a list of scandals and conspiracies under his belt said the joke was done in good fun and humour.
“That’s the problem with Malaysians. They love it when a politician is involved in sex scandals but can’t take a joke such as this easily,”
“They just need to relax, go to the Mamak and have some teh tarik to calm their nerves.” he added.
***
Realising his chances of winning the elections is slim due to the recent string of scandals, YB Sukhbir Cheema, member of parliament of Rasah and also leader of the Parti Orang Kampung And Internasional (POKAI) comes up with a last ditch effort to taint the image of his political rival who’s also contesting at his constituency, Datuk Loo Kong Kek, chairman of the Malaysia’s Old Revolutionary Old Nationals (MORON) party before the upcoming GE13. Earlier in the morning, YB had uploaded a 30 second trailer supposedly depicting Loo in lewd acts with an underaged girl on his personal blog. He called for a press conference at his party’s headquarters later in the afternoon to brief about the video.

Reporter: YB, I have watched the video, but honestly, there were no such sexual acts depicting Loo with the underage girl. It was just a video of him talking to her in what appears to be in a shopping mall.

YB: He memang buat sek with her after that. I just don’t want to show you everything yet sebab this one is just teaser.

Reporter: Why didn’t you upload the full video then?

YB: Slowly by slowly la i show you. This one trailer jer. Ader lagi..

Reporter: When will you be releasing the rest of the video?

YB: In days to come.

Reporter: But YB wouldn’t it had been more logical if you released the full video straight away?

YB: I want to ask you, what’s your favorite series?

Reporter: Sounds sensible.. I think it’s a good way to grab the audience’s attention of wanting for more, YB.

Reporter: So any idea when exactly you’ll be showing us the rest? Give us a date.

YB: As soon as we have recorded the other parts. The videos will be released during the campaigning period. Currently semua videos tengah dalam proses post production.

Reporter: What do you mean by as soon as we have recorded other parts?

YB: Just like how we recorded this one la last week. Need to record some more sebab our aktor tengah busy.

Reporter: So the video is fake?

Reporter: But you certainly implied that YB..

YB: I just say we kena record lagi. Tuh jer. Not the video is fake. You don’t spin my story ah!

Reporter: So the actor, alleged to be Loo, is fake as well?

YB: What you talking? He memang real!

Reporter: It doesn’t makes sense for him, your political rival, to find time to record a sex video that will ultimately taint his own image for you.

YB: If I can record myself having sek, why not him?

**What other scandals that link this infamous YB? Stay tuned as the next part will be uploaded in days to come. Comment and share if you enjoyed the post! 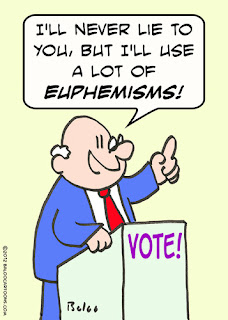