***IMPORTANT MESSAGE: Due to some reasons unknown, I seem to be having problems importing my notes onto Facebook (bet some people are skipping with joy 😛 ). But I’m still going ahead and gonna upload the teaser of my next blogovel today (or maybe tomorrow). For the time being, enjoy reading this blogpost.

When I was a kid, the cartoons that I first started off watching that really spurred my imaginations were Disney’s Pluto (Pluto shares the same birth date as me) and the Merrie Melodies. Later on i got introduced to The Looney Toons.

But one of the few cartoons that I’ll never forget watching is The Sesame Street. Okay it’s not a cartoon, but a kids show. But hey, they were fun.

My favorite character was the Big Bird. Unlike kids these days who love Barney the Dinosaur, I found Big Bird to be a very loving, motherly character.

Barney however, reminds me of a pedophile who’s in a dinosaur suit. I used to love that show when I was a kid but i slowly grew tired of it because of the “I love you song” (and also the fact that some of the episodes were a little repetitive).

It was the most annoying song ever created for a kids program!

Nobody loves you, shut the f*ck up! And no, I don’t love you either Barney!

And the kids depicted in the show were so… naive and dumb. Kids are not like that. They’re clever little midgets who think, plot and plan. Unlike the kids in the show. They’re really dumb.

“Owhh Barney! Have you seen Gianna?”

“Oh gee Cody! I don’t know! Let’s go look for her!” Barney, who moments earlier was a 3 inch doll would suddenly spring to life.

And out of nowhere, out of no reason, out of randomness perhaps, these douchebags would break into a song:

Dunno where to find her,

but we know we’re looking for Gianna!

Owhh there she is!

And the most annoying part about the song, they all sound alike!

And Barney breaks into a song about peanut butter sandwiches which is kind of similar to the old Mother Goose song.

God damn it! Just make her a peanut butter sandwich first would you!

And the language they use, it’s too… old school. I mean, who uses words like, “Golly!” “Owh boy” “Aww geee” “Aww shucks” in real life?

They might had during the 50’s but that era’s gone man.

Barney and Friends cartoon, I think they’re trying to convey the wrong message to kids. Promoting psychotic behaviorism towards children.

I wouldn’t want my kid to imagine that his/her teddy bear talks and walks and sings. And worst still, claims that it can spring to life and become a bigger doll.

That would be freaky!

Hell no. You want to imagine stuff? Go watch Star Wars, or play Lego, or do something normal kids your age do. Or catch spiders and make them fight. That’ll be fun.

However, Sesame Street was educational. I learnt alot from it. Like how counting makes you go cuckoo and weird like the Count.

I mainly watched Sesame Street because of The Big Bird. It kinda reminds me of my mum (in a nice way). 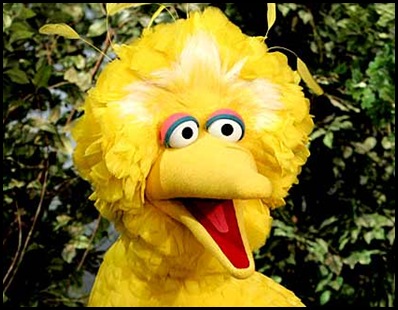 My mum has a sharp nose just like Big Bird’s beak. At one point, I used to call my mum The Big Bird.

But when she’s angry, she reminds me of the Grouch.

Another cartoon which left an impact on me was The Land Before Time. The first one. The sequels sucked big time. But the first one really left a huge impact.

I watched it when I was 7 or 8 and I remember the part where Littlefoot’s mum dies and he sees a shadow of himself and thinks that is his mother.

He goes running towards the shadow only to realise it’s his own shadow. 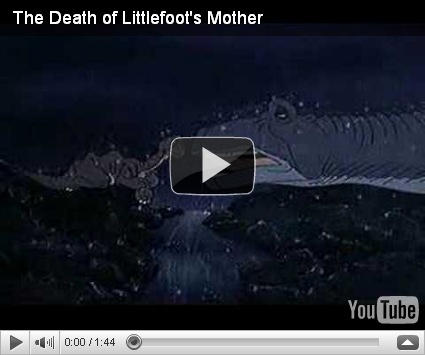 Couldn’t get the famous shadow scene but this was heartbreaking as well..

I watched it with my mum and I cried, “Nooo that’s your shadow Littlefoot. Only your shadow!” And I would start sobbing like crazy.

My bond between my mum and me grew strong. We watched cartoons together. Not films. Cartoons. We laughed, and cried together watching cartoons.

I can’t believe kids are growing up watching silly cartoons like Dora the Explorer and Ben 10.

Those days Tranformers, The Thunder Cats grasped our imaginations.

Not Dora and Barney and Teletubbies!

Kids are supposed to imagine. They’re supposed to be given toy Legos to play with. Build spacecrafts, robots, machines with it. Not buy a ready made built model of a spacecraft built solely by Lego and all they do is sit at their study table.

I learned about colors through cartoons. About visuals. About comedy. The timing of certain jokes. Although I couldn’t understand some of the Looney Toon’s jokes back then, I still laughed because the animators successfully portrayed the cartoons in such a way where it was funny by just looking at their expressions on their faces.

I learnt to appreciate music from cartoons.

Take this Pluto clip for example, it has always been engraved as the best clip ever in my heart because I loved the introduction music, the sound and feel of the cartoon. I used to watch reruns of it over and over again. 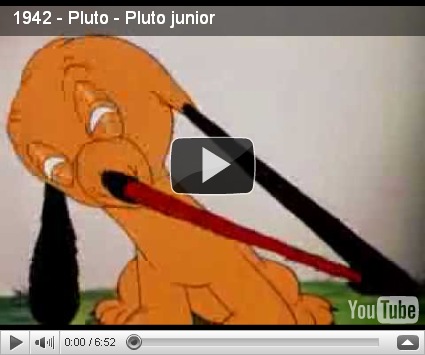 The sound of Pluto snoring and the wobbly sound Pluto Junior makes in the bath tub, is pure genius!

My brother loved the cartoons as well. The weird random funny sounds from the cartoons (best example is the clip above) it tingles his funny bones and makes him laugh as well. Pure masterpiece!

The catchy, happy feel good music of the cartoon made me love the old cartoons of the old era even more.

I guess I’m just frustrated about cartoons are these days. But I know I would make my kids watch the Looney Toons and Pluto.

P/S: By the way this is the dude who plays Barney the Dinosaur. David Joyner. 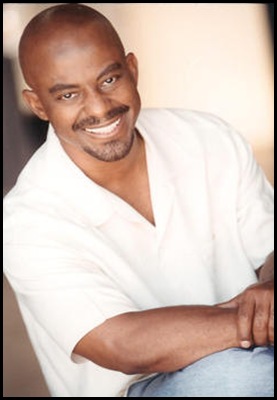 Look at that evil smile..

2 thoughts on “About Cartoons”