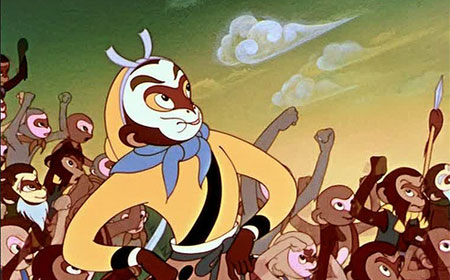 The Chinese culture perceives the monkey – the ninth zodiac animal – as being intelligent, cunning and powerful, a belief similarly shared by the Hindus as well.

With the Chinese New Year upon us and with 2016 being the year of the monkey, here is a list of primate related movies for you fellas to watch and then talk about during your Chinese New Year reunion dinner! 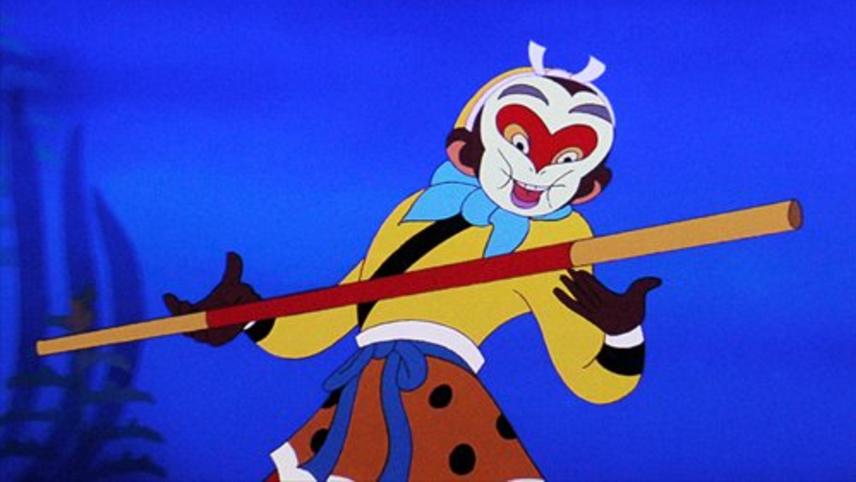 Also known as Havoc in Heaven, the Wan Brothers animation film – the first of its kind in pre-Communist China – took 20-over-years to complete. The production of the film began in 1941 however it had to be delayed when the Japanese took control of China during the Second World War along with the Chinese Civil War.

Based on the Chinese epic, Journey to the West, the film’s animation which was well ahead of its time for Asian countries included the traditional Peking Opera as its background music.

The first part of the film was released in 1961 followed with the second part three-years later. Both films were then screened in their entirety in 1965, marking it as the last major animated film of the Second Golden Era of Chinese Cinema before the industry was shut down by Mao Zedong’s Cultural Revolution two-years later.

The film chronicles the earliest chapters of the famous epic, telling the symbolic tale of Sun Wukong, a monkey who goes against the Jade Emperor’s hierarchal and patriarchal systematic rule over the Cosmos.

The film had won numerous awards, among them being the International London Film Festival for outstanding film in 1978.

To date, there has been numerous adaptation of Sun Wukong’s tale but none can live up to the grandeur and simplicity of this film. Ironically, Mao Zedong was also famous for calling on the Chinese to emulate Sun Wukong. 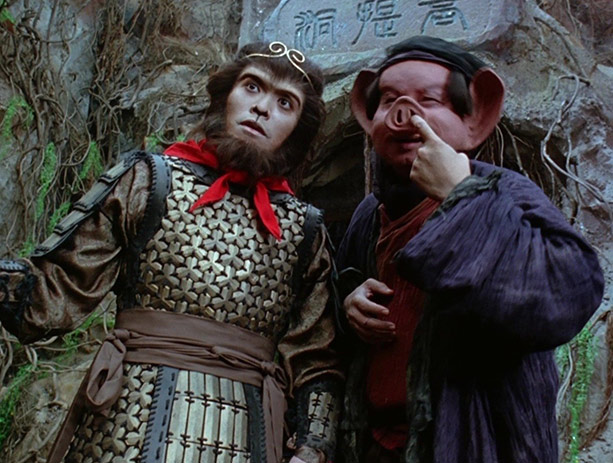 Wayyyy before Hong Kong film director Stephen Chow became famous for directing the critically acclaimed Shaolin Soccer and Kung Fu Hustle, he starred in this 1995 fantasy-comedy film which was loosely based on the Journey to the West.

The film is well remembered for Chow’s famous brand of slapstick comedy, leading it to have a cult following among the Chinese young adults in the mainland but it did poorly in Hong Kong.

Regardless, the two-part film directed by Jeffrey Lau assisted Chow’s fame in the People’s Republic when he bagged the best actor award at the 2nd Annual Hong Kong Film Critics Society Awards in 1996 while Lau was awarded the best screenplay.

If you’re a fan of Chow’s brand of comedy, this one is a good one to watch. 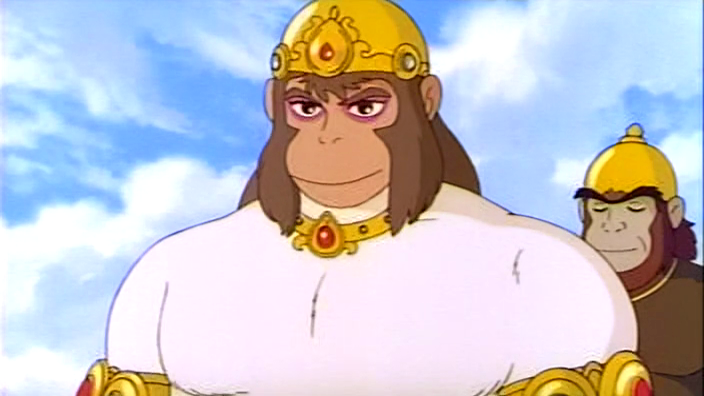 Just like the Chinese, the Hindus have their own version of Sun Wukong in the form of Hanuman who can also change his form and size at will (see how similar we all are somehow?).

Making his appearance in Valmiki’s magnum opus, the Indian epic Ramayana, Hanuman is well known for his courage and loyalty towards Hindu deity, Vishnu, who reincarnates to planet Earth as Prince Rama to slay the evil Demon King, Ravana.

The film tells the journey of Prince Rama who goes in exile with his wife, Sita, to live in the forest for

14-years. It is during this period the evil Ravana kidnaps Sita to make her his own. Rama then seeks the help of none other than the monkeys to rescue his wife.

This 1992 Indo-Japanese animation film – directed by Yugo Sako and Ram Mohan – is well known for its blend of Japanese animation style infused with Indian music and narration. It was created to mark the 40th celebration of Indian-Japanese diplomatic relations.

The movie had to be produced and animated in Japan following an uproar by a Hindu right-wing organisation, the Vishva Hindu Parishad, who rejected Sako’s proposal to bring Ramayana to a global audience despite animation being a serious art form in Japan on the grounds that.. well, Ramayana is a very sensitive subject and cannot be depicted as cartoon pfffft.

Those born in the 80’s and 90’s would probably remember this film because it used to play on our local channels during Deepavali back in the good old pre-GST, pre-1MDB and pre-Najib days!

Okay lah, we all know the Andy Serkis’ version of the film is far better in terms of graphic quality but really, this is the movie that started the craze in the first place!

Based on French author Pierre Boulle’s 1963 novel La Planète des Singes, Franklin J. Schaffner’s film depicts humans as lesser beings as compared to the primates who rule the planet with an iron fist and use humans as slaves and guinea pigs for their vile science experiments.

Interestingly, the film also depicts the apes as having a social system eerily similar to our own whereby the gorillas are the police, military, hunters and workers; the orangutans are administrators, politicians, lawyers and priests while the chimpanzees are intellectuals and scientists. Sound familiar?

Anyways, jokes aside, the film was a commercial success and was innovative for using prosthetic make up leading the film to be followed up by four sequels before it was rebooted and rebooted again.

But really, watch this one because it was listed as one of The 500 Greatest Movies of All Time by Empire magazine. 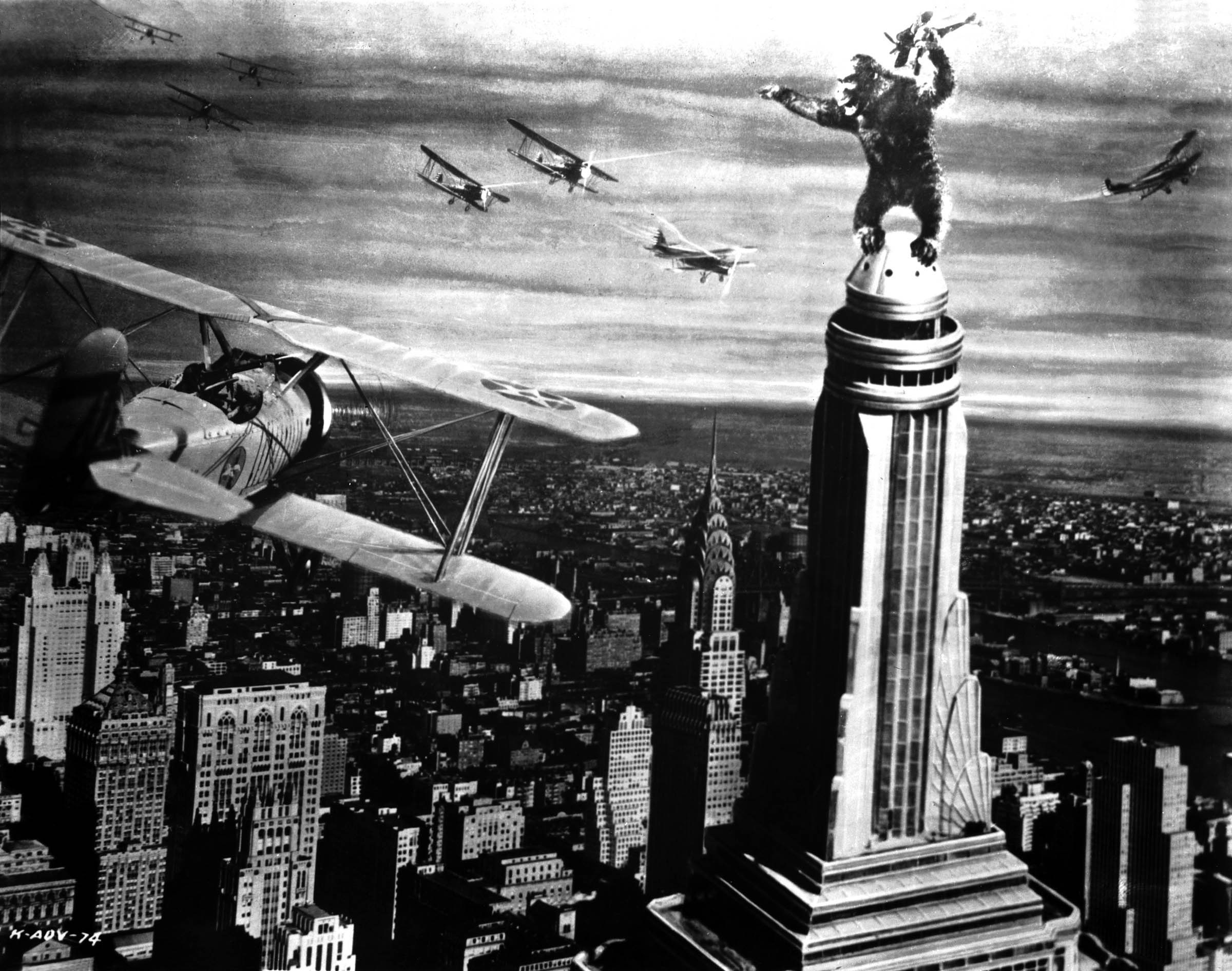 The movie that gave birth to stop motion animation and special effects was such a colossal success, that King Kong has become a cinematic icon in its own right spurring sequels, two reboots, theme park rides, electronic games, comics, and parodies and constantly used as a pop culture reference.

Created by film makers Edgar Wallace and Merian C. Cooper, King Kong was originally referred to as The Beast in the first draft of the screenplay. Being a fan of strong names starting with the letter “K”, Merian gave the beast a name after replacing the alphabet C with K in Congo and that is how King Kong got his name.

Just like Peter Jackson’s 2005 reboot of the same title, King Kong was discovered in Skull Island before he was captured and taken to New York to be exhibited as the Eighth Wonder of the World.

Those who have seen the movie, would know the King of the Beasts tragically falls to his death after being killed by beauty.

Stanley Kubrick’s epic science fiction film is perhaps best remembered for the scene where a tribe of man-apes discover a featureless black monolith that somehow makes them smart in using tools to hunt and kill.

Based on Arthur C. Clarke’s short story, “The Sentinel” the film is not about monkeys but the evolution of human beings. A group of scientists in the future travel to Jupiter to investigate the very same monolith that gifted the man apes the intelligence.

The movie – which is still considered far ahead of its time – deals with existentialism, human evolution, technology, artificial intelligence, and extra-terrestrial life and is notable for its trippy “Star Gate” sequence, a clever special effect using slit-scan photography.

Definitely a movie that gets you pondering. 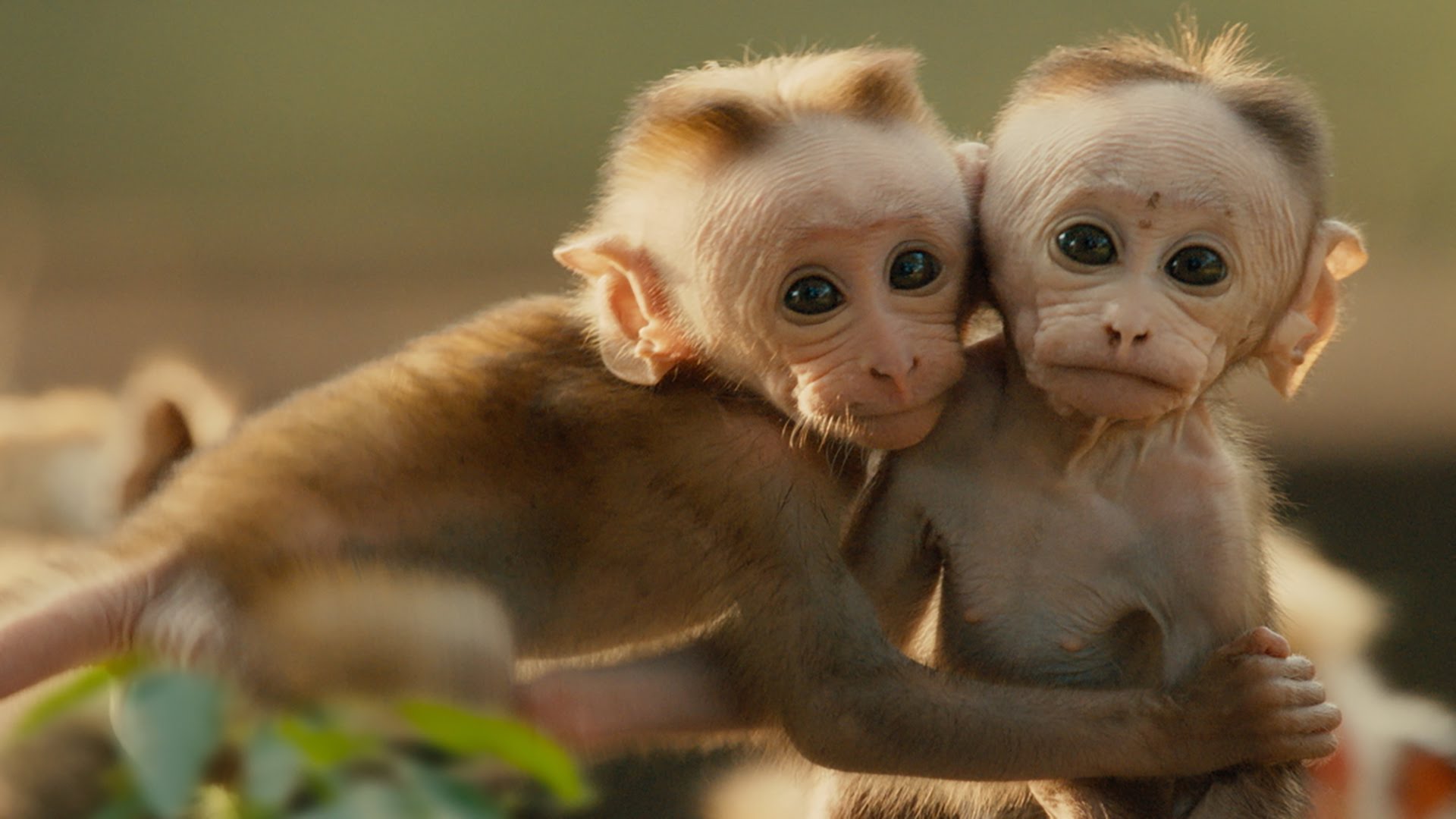 Okay, this is not really a film but a documentary about a bunch of monkeys.

But it is not your every-day kinda ordinary National Geographic documentary on nature. Rather, Mark Linfield and Alastair Fothergill’s eighth film by Disneynature depicts the struggle of monkeys having to migrate from their home in the ancient ruins in the jungles of Polonnaruwa, Sri Lanka and into the city.

If you’ve watched Disneynature’s Earth, then this documentary narrated by renowned comedian, Tina Fey, is a must watch for those who find baby monkeys cute. 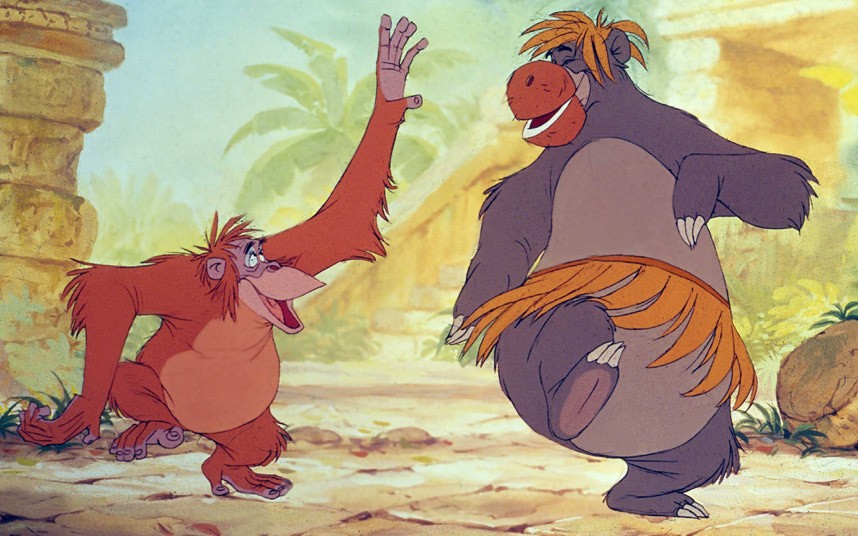 Yes, yes, I know that the live-action film is coming out this year. Butttt this was the Disney animation film which got everyone looking for the simple bare necessities and making them forget about their worries and strife (the song is stuck in my head gadamnit!)

I mean, who can ever forget that scene when Baloo waltzes in with coconuts stuck to his mouth – much to Bagheera’s horror – pretending to be an orang utan and then singing along an upbeat jazzy tune with King Louie only to find himself in trouble afterwards?

The film – the last for Walt Disney who passed away during production – is based on Rudyard Kipling’s famous book about a boy named Mowgli who is raised by wolves in the Indian jungle. The story explores identity issues to which Mowgli confronts with the film considered one of the best Disney movie ever made. 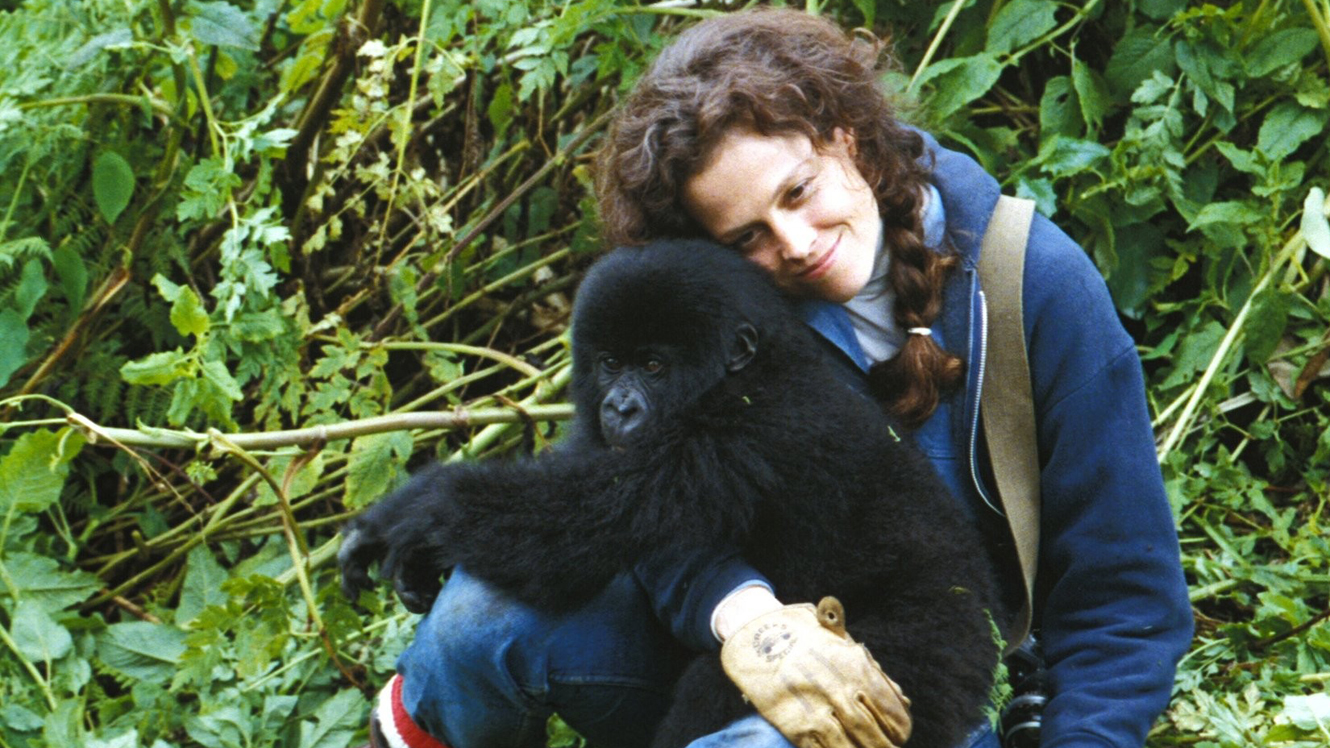 Sigourney Weaver might be known for kicking alien butts, however, this movie was one of the Sci-Fi Queen’s most underrated ones.

Based on the true story of primatologist (basically a person studying primates lahh), Dian Fossey, who travels to the jungles of Rwanda only to find herself fighting off poachers preying on gorillas for profit, the film landed Weaver the Golden Globe award for the best actress.

Directed by Michael Apted, the film is based on the book of the same title written by Fossey who was unfortunately killed three-years before the film was released.

She, along with two other prominent researchers on primates; Jane Goodall (the famous chimpanzees lady) and Birutė Galdikas (orangutan woman) were called the Trimates.

Okay lah, since most of the movies I listed above were either comedy or heart warming, here’s one that you should not be watching alone.

Directed by George A. Romero (remember the zombie flick Night of the Living Dead?), the film is about a man who is paralysed from the waist downwards and is assisted by a monkey named Ella.

Don’t ask me why he employed a monkey to help him out kay!

Anyways, here’s where things get a little.. bananas. See, Ella is a product of a science experiment whereby human brain tissue is injected into the monkey.

Everything is nice until the man starts falling in love with his personal doctor. The monkey gets jealous and goes ape $hit. The next time you have issues with your jealous girlfriend, just watch this creepy film with her.

I hope you enjoyed the list above. If you think I’ve missed out other monkey related films, do comment below! And hey, here’s wishing you a prosperous Chinese New Year!